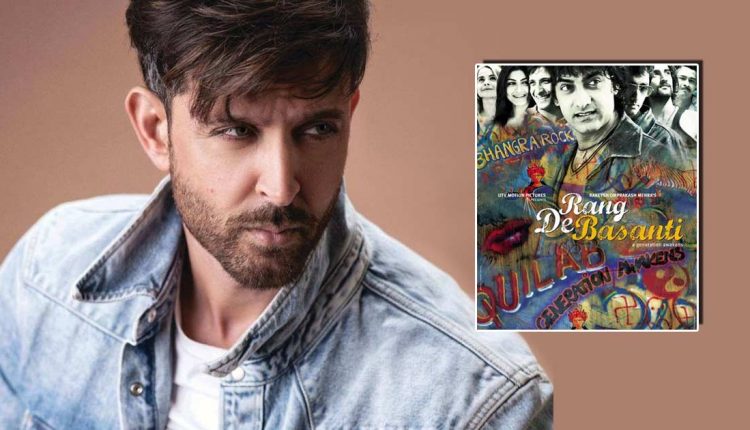 Rakeysh Omprakash Mehra’s Rang De Basanti has become a cult film and is one of the best movies of Aamir Khan’s career. The director has recently released his autobiography titled The Stranger in the Mirror and has revealed that Aamir tried to convince Hrithik Roshan to play the character of Karan Singhania which was later played by Tamil actor Siddharth.

The film’s casting was incredible and the role of Karan wasn’t just offered to Hrithik but also to Farhan Akhtar and Abhishek Bachchan.

As reported by News 18, Rakeysh Omprakash Mehra wrote, “Every known actor kept declining the role to play Karan Singhania. I had first offered it to Farhan Akhtar. This was a time when he had never acted in a film before and was one of the most respected young directors. He was both surprised and amused. When I narrated it to Abhishek, he told me point-blank, ‘I thought you are crazy but after hearing your narration I think you are completely nuts’.”

Rakeysh Omprakash Mehra added, “I requested Aamir Khan to put in a word with Hrithik Roshan. Aamir even went to Hrithik’s house. ‘It’s a good film—kar le’ (do it). But it wasn’t meant to be. Finally, Siddharth signed on the dotted line in January 2005, one month before the shoot. He had never done a Hindi film before. Bharathi had seen the Tamil film Boys, starring Siddharth, a couple of months before the shoot, and his energy and unique combination of innocence and naivety came through. She thought he could pull off the conflict in Karan’s character well. The senior actors accepted the smaller parts with grace—Om Puri, Anupam Kher, Kirron Kher, Mohan Agashe and K.K. Raina are all masters of their craft and formed a dependable unit on which we built the movie.”

Can you imagine how it would have been if Hrithik Roshan played the role of Karan instead of Siddharth? Tell us your thoughts in the comments section below.

Must Read: Shah Rukh Khan Continues His History Of Not Working With Vidhu Vinod Chopra By Replacing Him In Rajkumar Hirani’s Next?

The post Hrithik Roshan Was 3rd Choice For This Role In Aamir Khan Led Rang De Basanti But Even He Declined appeared first on Koimoi.