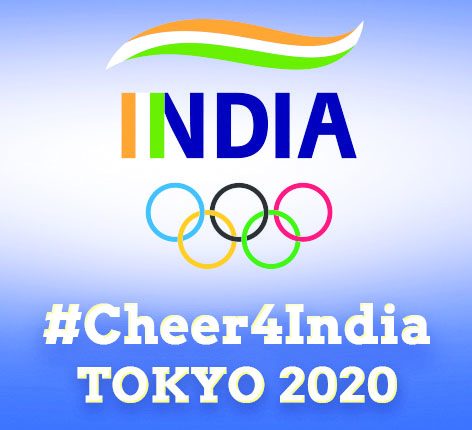 It is such a delight to see two Indian hockey teams make it to the semi-finals of the Olympic Games. It has already lifted the mood of not only passionate lovers of hockey but also of the average sports enthusiast in the country. And if the teams can extend their showing to earn two medals in Tokyo2020, it will give all of India so much more to cheer about.
After the men’s team lost to Belgium in the semi-final, Prime Minister Narendra Modi tweeted his support to the team, encouraging it to try hard for the bronze medal.
Even when he interacted with the athletes on the eve of their departure to Tokyo, he told them not to worry about medals but to deliver their best performances.
Then again, it is not just tokenism that we have seen from the Prime Minister and the Government. They have facilitated the preparations of the Indian athletes across disciplines.
If the two hockey teams have gone farther in Olympic competition than their predecessors in the past four decades, it is because of the excellent preparation, facilitated by the Central Government.
Knowing that the Union Budget allocation of Rs. 657 crore (actual) in 2011-12 was inadequate, the Government raised the sports budget to Rs. 1989.39 crore in 2019-20, an increase of more than 300 per cent. A large portion of this is reserved for the nurturing of talented athletes across all sports disciplines in the country.
The Prime Minister’s directive ensured that the athletes get the best training and support so that India is globally competitive across a variety of disciplines. He also emphasised that besides focusing on supporting elite athletes, it was also important to encourage the ecosystem to work at the grassroots level too.
As a coach with the Sports Authority of Gujarat, I have first-hand experience of the massive boost that sport has got in that State from the time Mr. Modi was its Chief Minister. After he introduced the Khel Mahakumbh in 2010, 38 lakh boys and girls, including 10m Air Rifle Olympian Elavenil Valarivan, have competed in it.
It was inspiration for a similar, well-organised multi-discipline event at the national level. The Khelo India Games filled that gap.
The four editions of Khelo India Games from 2018, including the inaugural Khelo India University Games in 2020, have helped a number of talented athletes give expression to their skills in a highly competitive environment.
Aware that well-intentioned schemes could not take off till 2014, because of a lack of coordination and the absence of a combined vision of the Centre, States and other stakeholders, he oversaw dynamic changes.
The Khelo India scheme, including talent identification, training support and monthly out of pocket allowance of Rs 10,000 to 3000 athletes, serves as the launch pad.
The long-term focus is on building a dependable line of talent, quality sports facilities and above all a sports culture.
(Dhanraj Pillay, a legend of the game, is a former captain of the Indian National Hockey team.)

The post Hockey teams’ performance has lifted mood of the nation appeared first on The Shillong Times.