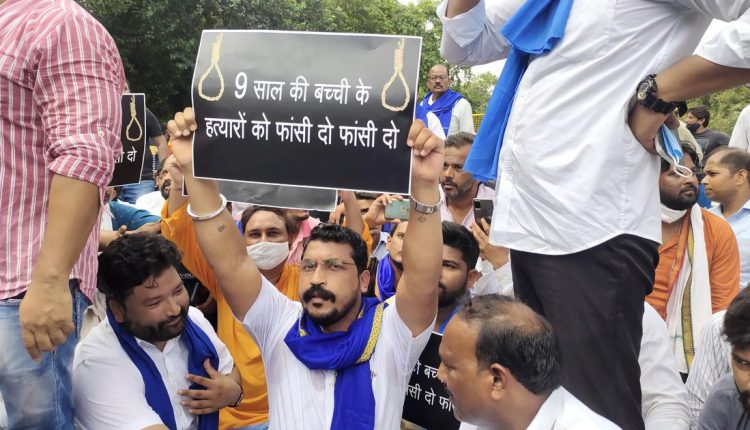 Four persons – Radhey Shyam, Kuldeep, Laxmi Narayan and Salim – were arrested on Monday. Shyam, 55, is the priest of a crematorium in Delhi’s Cantonment area where the alleged rape and murder took place. The other three men are all acquaintances of the girl’s mother.

The girl had gone to get water from the crematorium’s cooler on Sunday evening when the incident took place, the police said. Around 6 pm, the priest called her mother and showed her daughter’s body, claiming that she died by electrocution.

Shyam also coerced her into cremating the body immediately. “I wanted to call the police but he wouldn’t listen,” the mother told Newslaundry. “He told me, ‘You will be ruined. You are so poor, how will you fight a case? Your child will be cremated. There’s no need to call anyone.”

She added that the priest also closed the gates of the crematorium. “What had to happen has happened,” mother recalled the priest as saying. “Now why are you screaming? Let’s finish this. And then he set my child on fire.”

The mother also told media that she believed that…

Decision on VAR in 2018 World Cup on FIFA Council agenda