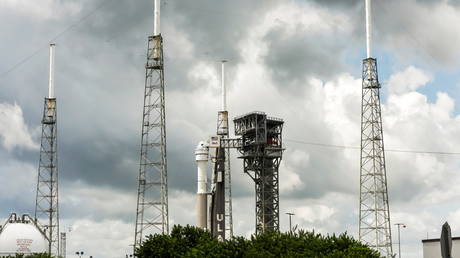 Boeing has canceled an unmanned test flight for its Starliner vessel, which was set to visit the International Space Station, delaying the launch before calling it off indefinitely over issues with the craft’s propulsion system.

Both the aerospace giant and NASA announced the decision on Tuesday, with the space agency saying an attempt to launch in the morning had to be called off after mission teams detected problems with a valve linked to the Starliner’s propulsion systems. Boeing initially said that the test would be tried again on Wednesday, but later noted that it needed “additional time” to assess the issue. A new launch date was not set.

We’re not proceeding with #Starliner launch tomorrow. Our team cycled the Service Module propulsion system valves and is taking time to gather data for next steps. We’ve ruled out software as a cause for the unexpected position indications.

NASA, meanwhile, said the vessel would be brought back for further inspection and testing at its vertical integration facility, adding that some potential causes of the malfunction had been ruled out, including software errors.

Alongside @BoeingSpace, we’ll take more time to ensure #Starliner is ready to launch to the @Space_Station. We’re standing down from a Aug. 4 launch attempt & will return the spacecraft to the Vertical Integration Facility for further inspection & testing https://t.co/jvK5qWE3nR pic.twitter.com/oI30uJeqnW

Initially set for last Friday, the flight atop the United Launch Alliance Atlas V rocket was postponed by NASA after the ISS was jolted into a spin due to a thruster on a Russian module firing unexpectedly. The incident was resolved without issue, aside from knocking back the Starliner launch.

Assuming the upcoming tests are successful, Boeing hopes to eventually make a manned flight on the ship sometime this year. The company is likely eager to make up for an ill-fated orbital test flight in December 2019, which saw the Starliner run into software errors that prevented it from docking with the ISS. NASA later acknowledged the glitches could have resulted in “spacecraft loss” in orbit, which was only prevented by intervention from the ground.