When Stranger Things Actress Millie Bobby Brown Opened Up On Getting Bullied & Said, “School Used To Be A Safe Place, Now I Was Scared To Go” 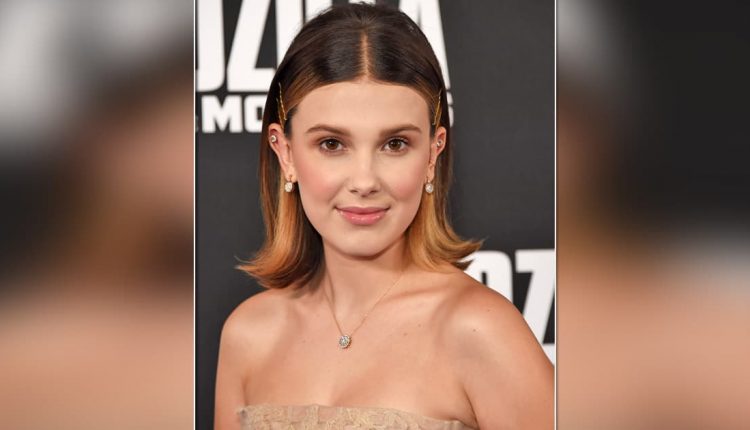 Millie Bobby Brown is a hugely popular teen actress. The beauty rose to fame with her stint in Netflix’s Stranger Things and ever since then, she’s one of the most followed teen celebrities on social media. Back in 2019, Brown opened up on getting bullied in school and gave a speech on the same in front of the United Nations.

The Godzilla actress was just 15 when she gave a powerful speech at the UN headquarters on World Children’s Day as UNICEF Goodwill Ambassador.

Millie Bobby Brown spoke from her personal experience of being bullied as a child in school and said, “At school, I was bullied by a group of students. I remember feeling helpless. School used to be a safe place. Now I was scared to go. I didn’t know who I could trust — who I could turn to.”

Angelina Jolie Makes A Stunning Entry In Venice In A Glittery Dress, Reportedly Gets A Hotel Room Worth 6 Lacs/Night

Millie Bobby Brown continued and added, “Like millions of other girls around the world, I’ve also been bullied and harassed online. It’s a terrifying feeling to look at your phone and see that the messages that people are sending you are filled with anger, hate and even threats. So many of these are from strangers. Anonymous trolls on the internet. Like all bullies, they gain their power by taking power away from others by making them feel as scared and helpless as I did.”

This wasn’t the first time the Stranger Things actress spoke about bullying, back in 2018, Brown gave a moving speech on the same during the 2018 MTV Movie and TV Awards.

Offering advice to the victims, Millie said, “Somewhere in the world today — right now — a teenage girl is being bullied online. She’s scared. She’s vulnerable. She feels alone. My message to her is this: you are not alone. There are people who care about you. There are people who will listen if you reach out for help. You have rights.”

What are your thoughts on Millie Bobby Brown’s speech on bullying? Tell us in the comments below.

Must Read: When Tom Hiddleston’s Female Co-Star Commented On His ‘Peachy Backside’ During A S*x Scene & Said, “I Don’t Remember It Being Like That”

The post When Stranger Things Actress Millie Bobby Brown Opened Up On Getting Bullied & Said, “School Used To Be A Safe Place, Now I Was Scared To Go” appeared first on Koimoi.

Disha Patani’s Prized Possessions Include A 6 Crore’s Mumbai Apartment, A Car Worth Over A Crore & More

Warangal: Vriksha Bandhan to save environment