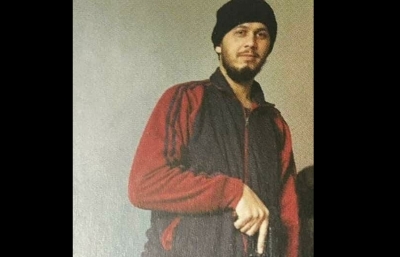 Srinagar, July 31 : A top Pakistani terrorist commander of the Jaish-e-Mohammad, who is related to terror mastermind JeM chief Masood Azhar, was one of the terrorists killed in an early morning encounter between militants and security forces in South Kashmir’s Pulwama district, officials said on Saturday.

Police said Mohd. Ismal Alvi, alias Lamboo, was family member of Masood Azhar and was involved in conspiring in the February 2019 Pulwama terror attack in which 40 CRPF personnel were killed.

“Mohd Ismal Alvi, alias Lamboo, alias Adnan, was from family of Masood Azhar. He was involved in conspiracy and planning of Lethpora Pulwama attack and figured in charge sheet produced by NIA,” police said. “He stayed with Adil Dar till the day of fidayeen attack, the viral video of Adil Dar had Lamboo’s voice in it.”

Adil Dar, acting as a Fidayeen, rammed his explosive laden car into the CRPF convoy at Lethpora on the Jammu-Srinagar national highway in Pulwama district on February 14.

The gunfight at Nagberan-Tarsar forest area took place after a joint team of the police and the army cordoned off the area and launched a search operation on the basis of specific information about presence of terrorists.

As the security forces zeroed in on the spot where terrorists were hiding they came under a heavy volume of fire that triggered the encounter.

IG Kashmir Vijay Kumar has congratulated the army and police for the successful anti-terror operation.

Azhar was exchanged along with two other terrorists, Omar Saed Sheikh and Mushtaq Zargar for the safe release of passengers of Indian Airlines Flight 814 which was hijacked to Kandahar in Afghanistan on December 24, 1999.(IANS)

Supreme Court order on interest waiver: PSU Banks may have…