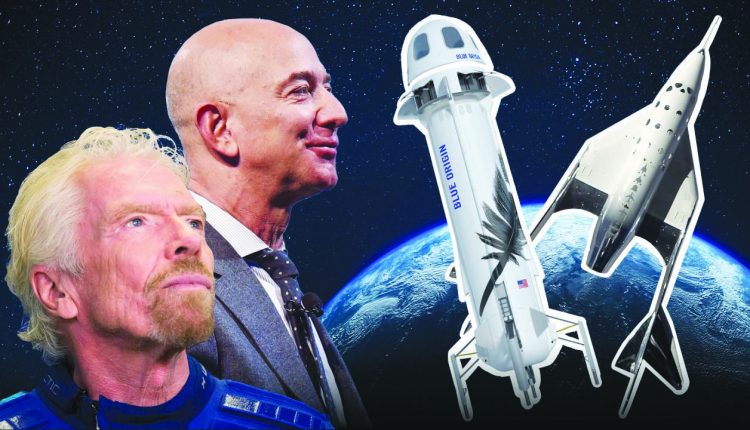 By Kamal Baruah We could discern a hawk visually in the distance hovering in the sky, waiting to swoop down on its prey. With pairs of wings spreading over the ground, birds remain airborne by quickly flapping their wings even we wondered, how a small raptor can soar and glide over us because birds knew
The post Space Travel And Leisure appeared first on The Shillong Times.

We could discern a hawk visually in the distance hovering in the sky, waiting to swoop down on its prey. With pairs of wings spreading over the ground, birds remain airborne by quickly flapping their wings even we wondered, how a small raptor can soar and glide over us because birds knew how to let the wind do the work. Human beings every so often felt inferior to birds while observing them fly in the air. It’s just fascinating to watch thousands of a starling flock flying in the spectacular evening sky with most dazzling displays that murmuration has cheered up everyone.
The curiosity to fly in the air finally made Wright Brothers to succeed in 1903 through a propeller engine. Later Jet engine made possible for non-stop long distance travel to the other corner of the world. But an airplane can’t just fly into space since it can fly because of air. Large planes can fly as high as about 7.5 miles. The air gets thinner the higher we go.
But Rocket engine helped flying in space. It does not need outside air to lift them as it works for the basic laws of nature ‘Newton’s third law’. It says for every action there is an equal and opposite reaction. Most Rockets use high-speed gases that come out of the burning rocket fuel pushing the rocket up into space where there is no air. NASA put the boundary above 50 miles as space.
Yuri Gagarin successfully landed on Moon in 1961 reaching at an altitude of 196 miles. The International Space Station (ISS) has been orbiting our planet since 1998 at an altitude of 250 miles. Space Shuttle Columbia, travelling 190-330 miles above sea level, suffered a disaster in 2003 that put a stop gap for human exploration into space. Yet scientists are planning for Mars, Jupiter Mission in the future.
So far Astronauts have luxury to move in space. But now richest people in the world can also travel in space for leisure, while billionaire Richard Branson barely flapping in his own supersonic spaceplane ‘Virgin Galactic Flights’ on 11th July above 50 miles altitude experienced three Gs of force. After a week on 20th July, Amazon founder Jeff Bezos blasted off inside Rocket into space at 3 times the speed of sound reaching 63 miles above the earth in his 3 minutes of weightlessness and flight out of the atmosphere.
Their goals for commercial space flight are similar. Branson rocketed into space by a VSS Unity Spaceplane with pilots and crew members from the Spaceport of American launch site in Mexico. The SpaceShipTwo detached from its mothership and dropped momentarily before its engine screamed to life and the vehicle swooped upward. Pilots guided the spaceplane through a spiraling descent, and landed on the 12,000-foot-long runway. The flight lasted an hour. Richard enjoyed live-streamed in their trip as they floated free from their seats.
While Jeff was sent in a Capsule mounted on top of a rocket from Blue origin’s West Texas launch site. The flight lasted about 10 minutes. Capsule mounted on top of a rocket called New Shepard Spacecraft. The name is for the memory of NASA astronaut Alan Shephard, the first person from the US traveled to space in 1961 in his first Mercury flight that was a rocket booster and a capsule. After liftoff, three parachutes deployed on the ‘Blue Origin’ crew capsule to slow it down for landing as it descended back to Earth.
The race for space travel has finally begun. The ticket prices haven’t been revealed by Jeff for Commercial Space Flights beginning from 2022, but Richardson fixed at $250,000 (about Rs 2.2 crore). Both companies hope that the market will support economies of scale and lower prices down the road for affluent travelers. Common people can only dream about that million-dollar price tag on that product. Incidentally about 600 tickets are already sold at $300,000.
With high cost and involving safety concern with space travelers, an abort system has been integrated that can get away from the rocket, if there is a malfunction or can shut it down and glide to a landing, if there’s a problem on spaceplane. As history witnessed, Astronaut Kalpana Chawla along with six crews died in 2003 in Columbia disaster, when it disintegrated over during its re-entry into the Earth’s atmosphere.
Isn’t it a really beautiful thing to be hovering in space and looking down at our planet earth as experienced by two space travelers recently? What makes it’s worthiness to spend a huge ticket for luxuries to make an once-in-a-lifetime journey to space?
The amazing things for space travelers are to experience weightlessness, feeling extremely light, while escaping the force of gravity at earth orbit and able to perform astronaut tricks such as flips or spins. They can also look out the window, assuming they have a window seat. They can see the entire planet like god’s eye view of seven continents of the world, where few people have ever had a chance to see it. The mountains, including the Mount Everest could be the wonder of the sight.
Travellers can also take photos, selfies with earth, but what I suggest, they shouldn’t waste their precious few minutes in space for getting camera to focus, unless they have been hired by a magazine or newspaper where travel operator will surely take many photos of them in space. The most important thing is to book it in advance. So that you can proudly display your status being such and such profile of space traveler.
Unlikely this writer is not in that race in view of the face that space travel is not my cup of tea, however I’m keeping my finger crossed that there will be a market for the extravagance of the space travel. I suppose, many Indians might have already felt a wistful longing for that space journey.
(The author is a former Air Warrior)

The post Space Travel And Leisure appeared first on The Shillong Times.