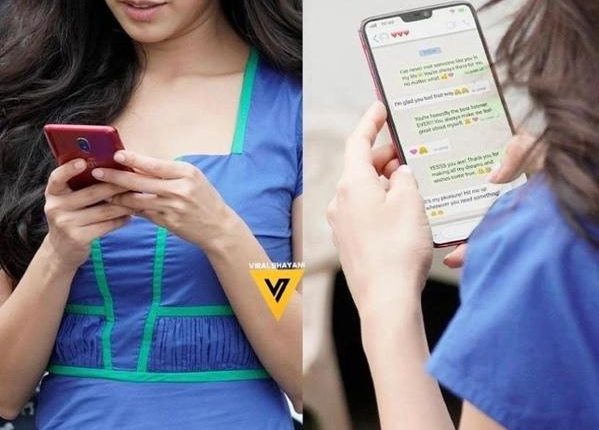 “#shraddhakapoor walking out of a Mumbai shoot looking completely smitten! She was glued to her phone, grinning shyly and talking to someone called. We caught a peek of her conversation and wonder who could that be,” Bhayani’s caption read in the context of the WhatsApp chat that he posted on Instagram.

Some even pointed out that mobile phones are different. One fan pointed out: OnePlus Phone and iPhone theme on WhatsApp. The wifi, battery sign is also of iphone.

Another one said: If this is a joke (edited), it’s a bad one!! Don’t intrude into someone’s privacy like that, please. With trust, they allow yr staff within close proximity. Another follower said: “Stop making Such stupid fake chat edits”.

Babul Supriyo to leave politics; to quit as MP