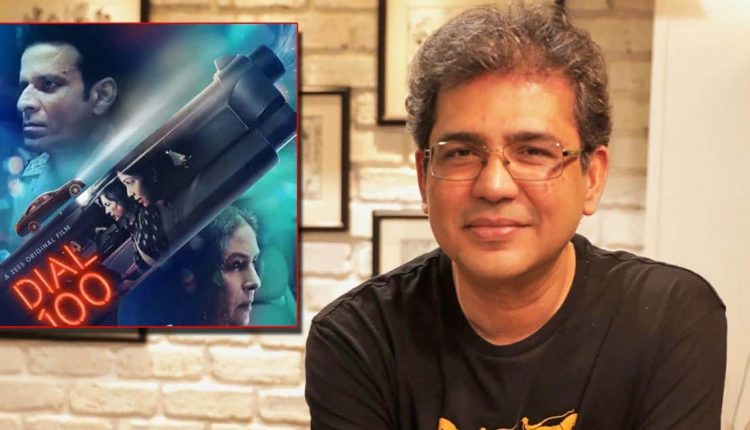 As the Manoj Bajpayee starrer ‘Dial 100’ is gearing up for release, Director Rensil D’Silva shares the inception of the thriller drama.

In a conversation with IANS, director Rensil spoke about the series and the inspiration behind it. He said, “About 20 years ago at midnight, I got a phone call from one of my acquaintances who was a very talented but unemployed lad. He called me, he was drunk and emotionally high and started venting out, he told me that he doesn’t care anymore about life and wants to die.”

The ‘Dial 100‘ director added, “He started burning the pages of his poetry diary and told me that as soon as he reaches the last poetry, he would jump off the roof. I never met him so I was trying hard to calm him down and telling him to meet me and not to give up.”

“But I know that after a point ‘Don’t give up’ is just a phrase because when someone decides to give up his life, it comes after a lot of struggle of being unaccepted, feeling unwanted, unloved and ill-treated by the society. Even though I moved on in my life and started making films…in the back of my mind, that phone call, and its after-effect, which was so psychological, remained,” Rensil D’Silva shared.

Eventually, he went on sharing the idea of making a film on how one phone call can change a life to Siddharth P. Malhotra. As both of them agreed to work on the idea during the lockdown, Rensil decided to encounter some real situation.

“During the first lockdown, suicide rates were high in our city, I guess everywhere, we know the reality. I went to meet our Mumbai Police Commissioner and he was very encouraging that I wanted to make a film based on a real account. He then suggested that on the helpline number ‘Dial 100’, the team of Mumbai Police department receives so many calls where people are making calls before committing suicide, facing domestic violence etc,” Rensil D’Silva said.

After meeting the team of people who are working in the dial 100 cells, he came back and weaved a story around one such character and how one phone call changed the life of a person.

“Once I heard some of the real phone calls, it really hit me. I came back home and within a week I finished writing the story. Thankfully everyone also came on board very quickly and within 16 days, we finished shooting. That was in December 2020 and our film releases in August. I couldn’t have worked faster than this!” Rensil added.

Must Read: Disha Patani’s Prized Possessions Include A 6 Crore’s Mumbai Apartment, A Car Worth Over A Crore & More

The post Rensil D’Silva Talks About How One Phone Call Led To Creation Of The Manoj Bajpayee Starrer Dial 100 appeared first on Koimoi.

Punjab schools to reopen for all classes from August 2

May to meet European leaders during first foreign trip