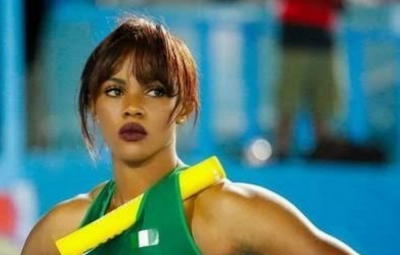 TOKYO, July 31: Nigerian sprinter Blessing Okagbare has been banned from the women’s 100m semifinal at the Tokyo Olympics after an out-of-competition doping test returned a positive result.

The Athletics Integrity Unit (AIU) said it has provisionally suspended Blessings with immediate effect after a sample collected from the sprinter tested positive for human growth hormone, reports Xinhua.

The AIU collected the sample from her during an out-of-competition test on July 19 and was notified of the positive result by the WADA-accredited laboratory that analyzed the sample at mid-day on Friday, said the independent body created by the World Athletics that manages all integrity issues, including doping for athletics.

Under doping regulations, the Nigerian is allowed to request a test on her “B” sample to confirm the results.

Growth Hormone is a non-specified substance on the 2021 World Anti-Doping Agency (WADA) Prohibited List and a provisional suspension is mandatory following an adverse analytical finding for such substance under the World Athletics Anti-Doping Rules, the AIU said in a statement.

AIU said the Nigerian was notified of the adverse analytical finding and of her provisional suspension on Saturday morning in Tokyo, where she has qualified for the women’s 100m semifinals scheduled later in the evening after winning her 100m heat on Friday.
IANS