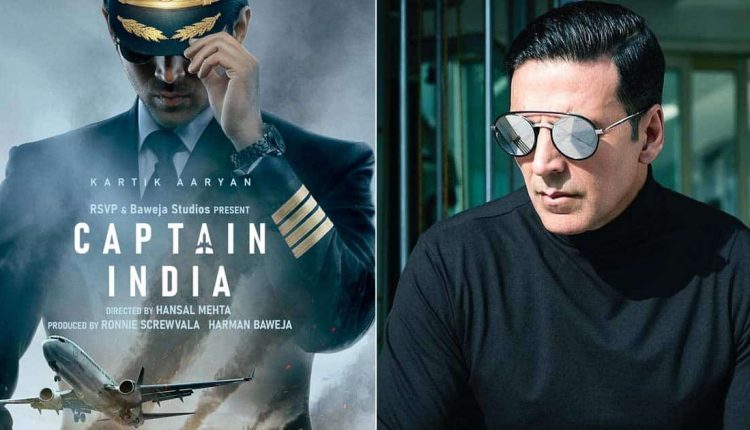 Kartik Aaryan’s next Captain India was recently announced by Ronnie Screwvala and Harman Baweja. Scam 1992’s Hansal Mehta is set to direct the film. But, before even the shoot could start, it’s making the headlines for not-so-right reasons. Producer Subhash Kale accused the makers of plagiarism as he thinks the film looks too similar to his dream project ‘Operation Yemen’.

Occurred in 2015, General V K Singh led the operation mentioned above to evacuate Indian citizens from Yemen during the Yemeni crisis. After the poster reveals, Subash feels the makers of Captain India are making the movie around the same plot, and he doesn’t want to be in the ‘Scam 1992 VS The Big Bull’ kind of scenario.

While having a word with Bollywood Hungama, Subhash Kale said, “We have been working since 2016 on this project. The cousin of our director Sanjay Sankla was the pilot on this mission. Sanjay Sankla has been a reputed editor and has worked on nearly 95 films. We took 9 months to pen the script. We even got Mission Mangal (2019) writer Nidhi Singh Dharma on board. Our pre-production was nearly done. I wonder where the idea got leaked from. This episode is in the public domain, but we were the first ones to register at the Screenwriters Association (SWA).”

Prabhas To Break Baahubali’s Record As His Next With Deepika Padukone To Cost 400 Crores?

He then added, “Captain India waalon ne toh script likhna shuru bhi nahi kiya. They had dates of Kartik Aaryan. The idea has not leaked from our side because we have signed a confidentiality agreement with everyone associated.”

He was then questioned about how he could gauge the plot by just the poster as there’s nowhere ‘Yemen’ mentioned. Explaining the same, he added, “Yes, but the city of Sana’a, the capital of Yemen, is visible on their poster, just like how it’s depicted in our poster as well. And that city’s architecture and landscape are such that it doesn’t match with any other city in the world. Also, the poster shows carpet-bombing happening over the city, an aeroplane going over Sana’a and the title Captain India are clear giveaways that their film is based on the same incident.”

He then revealed probable names like Akshay Kumar, Paresh Rawal could be a part of his film ‘Operation Yemen’. He said, “We were only waiting for the actors to sign on the dotted line and come on board. We had also approached Ranbir Kapoor and Aditya Roy Kapur. We spoke to Vicky Kaushal through his father, Sham Kaushal ji. Vicky liked the subject but his dates were not available. We hope to launch a poster after signing the actors. Akshay ji said he’ll have a narration after returning from London and then decide whether he wants to come on board. He had met Sanjay Sankla. Both have a great relationship, and Sanjay had edited several of his films like Rowdy Rathore (2012).”

“For the role of V K Singh, we spoke to Anil Kapoor, Paresh Rawal and Boman Irani. All three were interested to do the film. We were zeroing on Paresh ji as his age is apt for the part. He had told us to send the script today, which we’ll do. Mostly Paresh ji toh haan hi bolenge. If Akshay Ji comes on board, we’ll shoot in 2022 as he doesn’t have dates. He got interested due to its patriotic theme,” concluded Operation Yemen producer Subash Kale.

Must Read: Shilpa Shetty Defamation Case Gets A Reply From Bombay HC, Court Says “Reporting Of Something That Police Source Said Is Never Defamatory”

Google One to roll out free storage management feature for…

Delhi Police has given nod to farmers’ tractor parade…