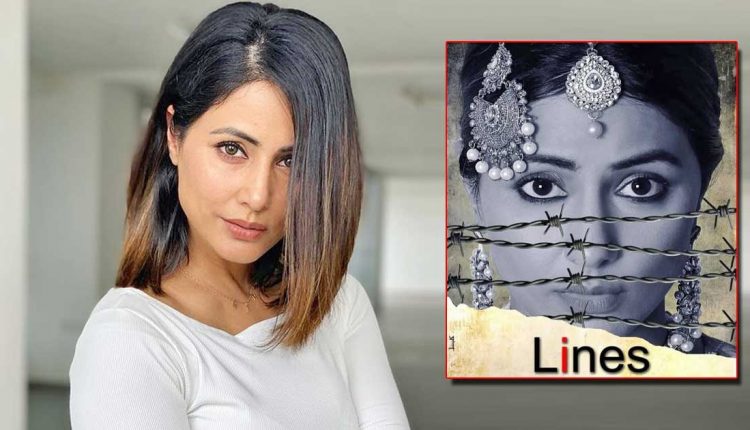 Hina Khan Opens Up About Learning To Ride A Bike For Lines (Photo Credit – Instagram ; IMDb)

Actress Hina Khan, whose film “Lines” was recently released on an OTT platform, had to shoot scenes involving bike rides. For the same, she learnt how to ride a bike in order to ace the part and even suffered some injuries during the same. Read on to know all about tit.

Hina plays the role of Nazia in the film, which traces the life of a family living in a small village on the Kargil borders and how an outbreak of war changes their lives. The film stars Hina alongside well-known actress Farida Jalal.

Hina Khan practised on a Yamaha bike of the ’90s. She had to learn how to ride a bike from scratch but got a hold of it within a week.

Sharing her experience, Hina Khan told IANS: “When I noted that there is a scene in which I have to ride a bike, it was shocking. I was so nervous as I had never ridden a bike before and had to start from scratch.

“I did fall a couple of times and got injured too, but nothing major happened thankfully. It was all worth it in the end. And yes, it was tough, but it was super fun as well.”

For more, stay tuned to Koimoi.

The post Hina Khan Reveals Getting Injured While Learning To Bike For ‘Lines’ appeared first on Koimoi.

Deadly attack on Israeli-operated ship off Oman coast was carried out by drone, US Navy says