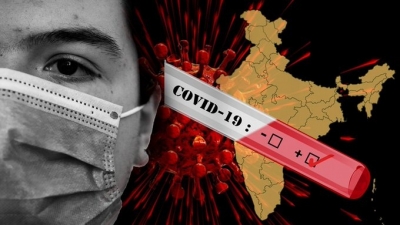 New Delhi, July 31: For every single COVID-19 case reported in India, there were 30 cases that remained undetected or were missed, according to an analysis of ICMR’s fourth sero-survey by independent epidemiologist Dr Chandrakant Lahariya.
The public health expert shared his analysis on Twitter in which he showed for every reported COVID-19 case in India, how many cases were missed. He, however, clarified that it does not mean this was deliberate but simply reflects the performance of the disease surveillance system and the response to pandemic in the state in tackling the cases.
“Many cases are asymptomatic so they are likely to go unreported. If contact tracing is done well, even asymptomatic cases can also be reported. This has been reflected in the fact that a few states have done better than others as they can report on more cases as compared to other states,” Lahariya told PTI. The Union health ministry on Wednesday shared the findings of the fourth round of national serosurvey conducted by ICMR across 70 districts of India. While Madhya Pradesh leads the chart with 79 per cent seroprevalence, Kerala is at the lowest with 44.4 per cent followed by Assam with 50.3 per cent and Maharashtra with 58 per cent.
For every laboratory confirmed COVID-19 cases in India, the number of unreported or undetected cases ranged from 6 to 98, according to the analysis. Among states and union territories, the analysis by Lahariya showed that Uttar Pradesh missed the highest number of cases.
With every case reported in that state, 98 cases were missed or remained undetected.
The under-counting factor was lowest for Kerala at 6 which means for every case reported six cases were missed, according to the analysis. The under-counting factor for India was 30 which means for every case reported 30 cases were missed, according to the analysis. For Madhya Pradesh, the under-counting factor was 83 – highest after Uttar Pradesh followed by Jharkhand at 63, Rajasthan at 62, Gujarat at 61 and Bihar at 59. Speaking about the analysis, Lahariya said, “What we need to remember is that sampling of sero survey has been done in a scientific manner from 21 states and UTs so we know India has 67.6 per cent seropositivity at national level which is undisputed and the government says it so this essentially means there are 90-95 crore people in India who are sero-positive and a majority after natural infection. So they will come in the same proportion from states through which we have arrived at this conclusion.” In immunology, seroconversion is the development of specific antibodies in the blood serum as a result of infection or immunization. However, Lahariya said that a state and district specific survey will provide a more accurate picture and the government should urgently plan such a survey. (PTI)

The post ‘For every single case reported in India, 30 cases were missed or undetected’ appeared first on The Shillong Times.