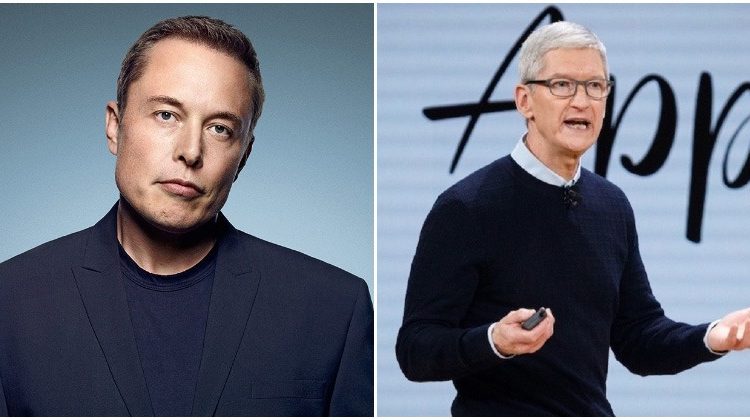 Believe it or not, but Elon Musk certainly isn’t a fan of Apple. They have a long and publicly recorded history of being antithetical to each other. Musk has even gone on record, saying that he isn’t a fan of either Apple’s products or of their business practices.

Elon Musk took a few more shots at Apple recently, over their ongoing court battle with Epic Games, and called Apple’s business tactics, an attempt to tax the Internet.

Apple app store fees are a de facto global tax on the Internet. Epic is right.

To put things into perspective, Epic Games & Apple are engaged in a heated court battle, over the monopoly Apple’s App Store has for iOS devices.

Epic Games developed Fortnite, one of the most popular Battle Royale games across any platform. Epic built a direct payment system into the game that would allow it to bypass Apple’s 30% fee for App Store purchases. For this, Apple kicked Fortnite off its store, at which point, Epic Games sued Apple for its monopolistic practices.

Apple has always claimed that the reason they control their applications ecosystem so stringently is because this allows them to keep things secure. Basically, if an app developer wants their app to be available to iOS users, they have to go through the App Store.

Apple charges 30 per cent of all the transactions that take place in apps downloaded from their app store, and this includes in-app purchases as well. As a result, many smaller developers and business owners, have to hand over a major chunk of their revenue to Apple.

Musk’s Twitter followers quickly joined the conversation, with a majority of them, stanning Elon right away, and suggesting that Tesla should have an app store of its own.

They are not. Apple is asking for a small percentage in exchange for the secure and widespread platform they offer. Epic is free to use purchase methods other than in-app purchase.

small ???? They take 30% from what developer sells.. and as a bonus, if user returns app and asks for refund – they still charge developer by 30% of app price…

It’s very much fucked up.

Problem is, in the real world you can’t rent a mall plus demand 30% of every sell you make. You rather rent or sell the store you have nothing to do with the product sales. That’s where Epic and Elon is right.

Then build a Tesla App Store as competition. No other App Store exists that even remotely compares to the Apple App Store.

The best way for the world to move beyond the Apple-Google app store duopoly is to build a new, open phone with crypto integrated at the OS level.

It’s because crypto is so useful that the new phones will genuinely be better for people of all wealth levels.

What about Tesla running its own App Store?

The thing is, it is not just Apple that takes an exorbitant cut from the transactions. All major app stores function this way, be it Microsoft, or Android. All of them claim 30 per cent of the revenues that apps generate from sales on these platforms.

The reason why Musk called out Apple specifically, is the fact that with other ecosystems, users can sideload apps, that is use the installer files downloaded from places other than the app store, install the app, and then use them. Apple doesn’t allow that, citing security reasons, which, in today’s day and age, seems to be a hopeless crutch. We all have heard stories of malware in iOS devices, especially with the Pegasus scandal.

Taking a cut from the sales on their app store is justified. Apple and Google, do incur a cost in running and maintaining the app store, and it makes it easier for people to search for apps. However, 30 per cent is a bit too steep. It would behove everyone if the percentage was reduced to a more reasonable figure.

‘Nobody Says No To India’: Aus’ Usman Khawaja Slams Teams For Choosing Safety Over…

Black foods are the new super-food

Muslims should bow to ‘Indian culture’; Ram, Krishna, Shiva were their…

US rescinds Sudan’s designation as sponsor of…