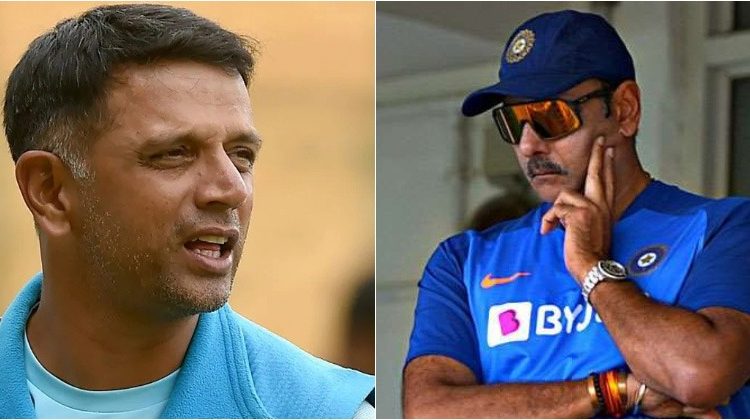 There has been a lot of buzz around Rahul Dravid’s name to become the next head coach of the Indian cricket team in the last few months. Ever since he was appointed India’s head coach for the Sri Lanka tour, many fans and experts believed it was the step taken in the right direction, with an eye on the future as current head coach Ravi Shastri is nearing the end of his current contract.

Every move that Dravid made throughout the tour was closely observed by fans and experts alike and given the resources at his disposal, he did a fairly decent job, although he wouldn’t be happy with the way the tour concluded with India suffering their first bi-lateral series loss against Sri Lanka in 13 years.

For the first few months, the talks of his contention for the coveted job was a result of fans getting excited on social media channels but by the end of the Sri Lanka tour even Dravid became aware that there was more to it than just social media chatter.

After the T20I series, the former India batting great was asked about his thoughts over the ongoing buzz and if he had thought about taking over the role on a full-time basis to which he said that he gave a diplomatic answer saying he “enjoyed the experience” but hasn’t thought about it yet. What was worth noting is that Dravid didn’t rule out the chances of him becoming the head coach in the near future.

“I have enjoyed this experience. You know, look, I have not really thought anything far ahead,” Dravid said during the virtual press-conference.

“You know, to be honest with you I am happy doing what I am doing. For me, I haven’t given any other thought than this tour and getting through this tour.

“I have enjoyed the experience and I have loved working with these guys. It’s been great. And no, I haven’t given any other thought to anything else. There are (a) lot of challenges doing a full-time role, so I really don’t know,” he added.

coach Rahul Dravid credits his players for their spirit and enthusiasm throughout the 45 days in the bio-bubble https://t.co/hESudfeiSJ #SLvIND pic.twitter.com/2DMqSD0ioI

The Lanka tour was Dravid’s maiden assignment with the senior men’s team and he faced some really tough challenges but still was able to motivate the players and push them to give the opposition a tough fight, despite losing almost half of their first-choice players.

The result might not have gone India’s way they had hoped for but the team had Dravid’s imprint written all over it and they fought with great determination, especially when their back was against the wall.

Mosques in US receive threatening letters against Muslims