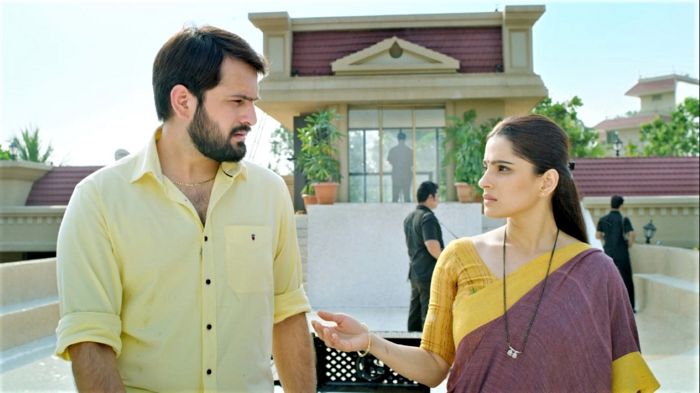 Politics and Bollywood are a phenomenon in India. Its growing influence on the minds of the people is manifold. The portrayal of political dramas in web series has been the recent flavour on the OTT platforms. As the digital space takes a grip over content, makers are now not shy about approaching the topic. India is a land of politics and Indians lap up political news every time — seeing that as an added advantage, content-makers over the last few months have come out with successful and much-talked about stories such as Tandav, City Of Dreams, Madam Chief Minister and Maharani to name a few.

Actress Richa Chadha, who played the title role in the film Madam Chief Minister, agrees the genre is intriguing. Richa says, “Why people generally find political dramas intriguing somewhere or another is because we are all affected by politics. We are affected by which party has won the state elections and who improves the condition of living among the people to name a few.”

A still from Maharani

She adds, “News comes to us in various forms and the news is not just limited like a murder or gossip of a celebrity. It’s news, national news that really affects everything and that is what makes political dramas so popular. When our film got released, it’ only then that audience came to a realisation that it is not based on former Chief Minister of Uttar Pradesh, Mayawati.” There was a lot of speculation because they can identify and recognise famous political figures from the past two decades, I guess that’s why political dramas are so popular,” addsthe 34-year-old actress, who considers B.R. Ambedkar, former Minister of Law and Justice of India, as her icon.

Social scientist Ankit Sharma explains the emergence of political fictional dramas. He says, “We notice a social engagement in fantasy art form of combat, power and justice when a society in reality is suppressed from expressing these instincts fully. A similar thing happened with eroticism in Hindi cinema during the 2000s, which has become a norm now.”

Popular actor Sachin Pilgaonkar, who plays Chief Minister Jagdish Gourav in City of Dreams, cites ‘struggle’ as the reason behind the genre’s popularity. Sachin adds, “It’s the struggle saga that makes a political drama so popular. Anything that will have a struggle will have drama in it and therefore it will be intriguing, and hence people will watch it. Otherwise, after watching two episodes only people give their verdict that they will continue watching it or not.” The 63-year-old actor stressed that it is important to make such content that leaves an impact.

“Politics is one such subject that is very impactful. On the other hand, there is so much crime-based content on the web that there was a requirement of doing something different. Maybe that’s why people are enthusiastic to see political dramas,” he says.

Actor Pankaj Tripathi, who is the uncrowned king of the OTT space, in an interview in 2019 had talked about how he wanted to pursue politics. The 44-year-old actor reasons why politics makes an interesting and watchable genre. “I think political dramas show politics and that it plays an important role in modern democracy. Our life in some or the other way in democratic country is linked with politics. This can be the reason,” Pankaj says.

Actor Eijaz Khan, who will be seen sharing screen space with Sachin in the second season of City Of Dreams, feels everyone is “political” and that strikes a chord. — IANS

Volunteers immerse an idol of Lord Ganesha in the Arabian Sea.

Aamir Khan & Kiran Rao Are Getting Divorced After 15…