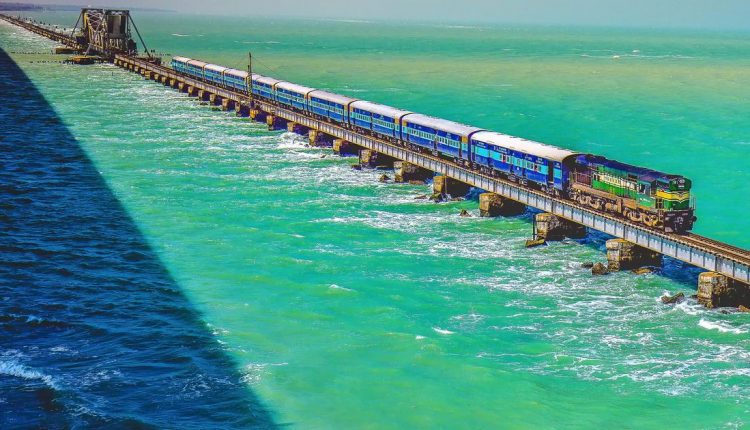 During the turn of the 19th to the 20th century, Sri Lanka, then called Ceylon, was to southern India what the Persian Gulf states were to become in the 1970s: a land of opportunities, where fortunes could be made. In order to satiate the global appetite for tea, the British helped set up several tea plantations on the island, which simply did not have the labour to man them. So, to facilitate the movement of people and goods between peninsular India and Ceylon in the late 19th century, the British administrators started exploring the idea of linking the railway systems of the two colonies.

The first step to connecting the countries was a train from Chennai (then Madras) to Tuticorin, from where passengers would alight and take a steam ship to Colombo. This tedious trip, launched in the late 19th century, would take almost two days, as the 709-kilometre train journey lasted 21 hours and 50 minutes, while the ship connecting the two ports would take anything between 21 and 24 hours.

The British, however, had plans as early as the 1870s to build a bridge over the Palk Strait to connect India and Ceylon. The idea was to build a series of bridges…

World cross-country championships postponed to 2023 due to…