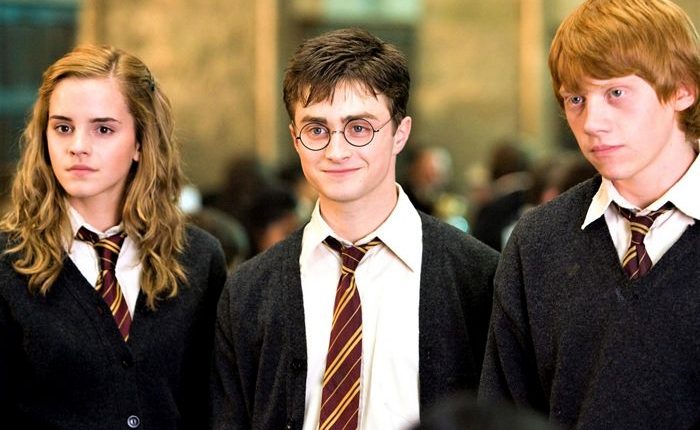 “It is our choices, Harry, that show what we truly are, far more than our abilities,” said the headmaster Albus Dumbledore. Young Harry listened and with him millions of wonderstruck children, secretly aspiring to get that letter from Hogwarts as they turned 11! Along with them, not so young readers too ventured into a world never seen before. As Harry Potter and its wondrous creator JK Rowling share their birthday on July 31, celebs talks about how this one stroke of brilliance altered their world forever!

A still from a Harry Potter movie

The Harry Potter novels were one of the first books that I read as a youngster. I thought all the books were great. When I started reading at eight, only three books were out. After The Prisoner of Azkaban, I had to wait for the other books in the series. The staff at my school, The Cathedral and John Connon School, Mumbai, encouraged reading habit. We could collect the novels from our school library just a day after they were published, which was a huge deal.

As we grew, Harry was growing with us. We used to put ourselves in the Gryffindor Common Room or the Great Hall of Hogwarts, eating meals together. I did enjoy the movies, but the intricacies made the books much richer and more meaningful. Rowling is phenomenal; every character has an arc that is truly memorable. Plus, she wrote about much larger social issues disguised in the details of her world. She helped educate an entire generation about the wrongs of discrimination, without ever having to use textbook language.

Harry Potter taught me how to be brave. To see this geeky kid take on the world instilled the confidence in me to face life courageously. I was about eight, when my parents read Harry Potter to me. Later, I read on my own; they were a rage in my school at that time. Books are more special to me, for the mystery element that goes on and on. Rowling is the best author that ever existed. Her mastery of mystery made me fall in love with her. I so badly wanted the lightning tattoo back in time, but couldn’t get it as I was too young.

A mention of Harry Potter and it takes me back to school. All through the years, I kept dreaming of a magic wand that I could use to teach a lesson to anybody who harmed me. No one can create a magic of this kind! What astonishes me is how the films launched the careers of then kids — Daniel Radcliffe, Emma Watson and Robert Pattinson. I saw the films first and then picked up books, and was left wonderstruck. Like millions of others, I see myself in Hermione Granger. I was in London for a shoot and made it a point to visit the Warner Bros. Studio for I had to soak in the experience.

Harry Potter made me fall in love with the hairstyle that my father was trying to give me for years. Hair pulled back wasn’t my idea of fun, but then came Harry Potter and popularised it. The geeky glasses were also on the top of my list. The books gave wings to my imagination.

At a young age, Harry Potter taught me the value of friendship and loyalty. It got me through some tough times, when the only support I felt I had was these characters. More than a decade on I am still as much in awe. Any trips to the UK for me translate to more Harry Potter collectibles.

I was 11 when I was introduced to Harry Potter. The books have been my constant companions. For me, the most magical spell has been the magic of love. I prefer the books over movies. It’s way grander to visualise the characters on your own. Entertainment and learning go hand-on-hand in this magical world.

Ranveer Singh burn the dance floor at his mom’s…