Angelina Jolie Makes A Stunning Entry In Venice In A Glittery Dress, Reportedly Gets A Hotel Room Worth 6 Lacs/Night 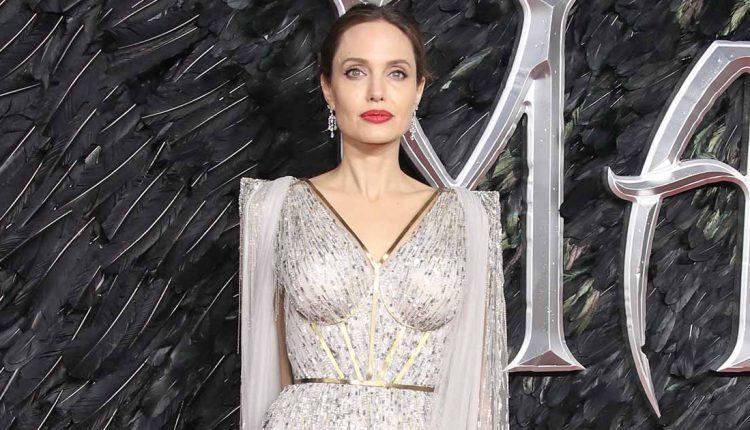 Angelina Jolie Makes A Stunning Entry In Venice In A Glittery Dress, Reportedly Gets A Hotel Room Worth 6 Lacs/Night – Deets Inside ( Photo Credit – Getty Image )

Angelina Jolie is known for her glamorous looks and high fashion sense. She has time and again made the headlines just for her outfits and the way she carries them. From her iconic looks on the red carpets to her bedazzling casual outing fits and even her costumes in movies, everything looks good on her. Recently, the Lara Croft actress has been making the most of the European heatwave. She was spotted in Paris with her children last week.

Amongst her fancy tour, Jolie has been fighting continuously in the custody battle of her kids with her ex-husband Brad Pitt and her petition to remove Judge John Ouderkirk from the case was granted. However, the case hasn’t stopped Jolie from spending big bucks on her European tour.

While in Venice, Angelina Jolie was spotted in a loose-fitting grey maxi dress as she headed to a restaurant using a water taxi. Her dazzling outfit consisted of a black Yves Saint Laurent handbag as well. Along with that, she had clutched a program from the showing of an art exhibition. The actress elevated her height with a pair of tan leather wedges and wore timeless pair of silver ear studs.

Along with all of this, Angelina Jolie paired a black face mask to protect those around her and herself. She had tied her sleek, brown tresses into a middle-parting ponytail for the outing. Jolie also accentuated her high cheekbones with a contoured makeup look.

Currently, the Maleficent actress is staying at the Cipriani Hotel, which is an extremely grand, five-star hotel. One night can set guests back by up to $9,012 at this hotel. The actress was helped into the water taxi by a male aid and Jolie made sure to keep her makeup in check once she sat down.

Before arriving in Venice, Jolie had been spending some quality time with her children in France, before jetting off to Italy. When she touched down in Venice, Angelina Jolie was spotted looking typically chic in a stone trench, and a heavy-duty handbag in a matching shade.

Must Read: Emma Stone To Be The Next In Line After Scarlett Johansson In Suing Disney Over Her Film Cruella’s Release?

The post Angelina Jolie Makes A Stunning Entry In Venice In A Glittery Dress, Reportedly Gets A Hotel Room Worth 6 Lacs/Night appeared first on Koimoi.

Sheffield Shield to move out of Australia for first time