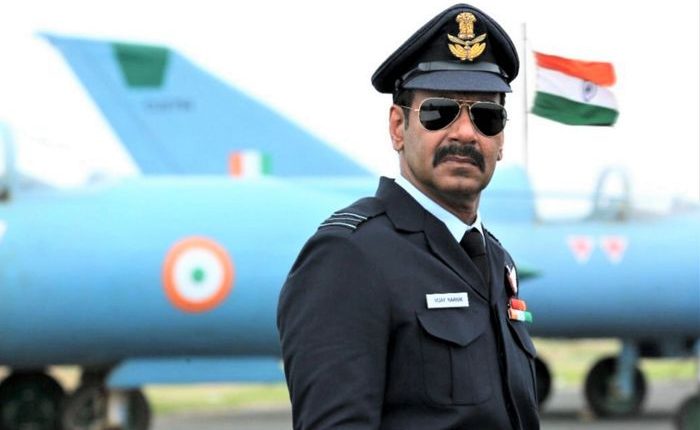 Director Abhishek Dhudhaiya, whose next film Bhuj: The Pride of India is based on the 1971 Indo-Pakistan war, is also the co-writer of the project. The film tells the story of how 300 women from a village worked hard to build the Bhuj runway, contributing majorly to India’s win.

Abhishek, who earlier directed many television shows, brings forth the story of IAF Squadron Leader Vijay Karnic (played by Ajay Devgn) and the women from the village of Madhapar. “My grandmother had also contributed in the making of this runway. So, I had this in mind that the first time when I make a film, it will he on this subject,” says Abhishek, as he recalls how the story was conceived.

“In 2017 when I took a break from television, the first thing I did was meet Vijay Karnic. So, my nani’s (maternal grandmother) friends who are still alive were part of that 300 women’s group. I went and met them and understood the events that had taken place,” he adds. The sentiment of patriotism is crucial for the film. So, when Abhishek took the project forward, he knew his heart had to be atthe right place.

“To begin with, I am an Indian and am proud of that. For me, my country is first and even for my nani the country is before anything else. So, when I wrote the dialogue, I conveyed what I think and what I wanted others to do. That energy reflects in people around you,” he says.

“For instance when Vijay Karnic was reading the story, the only face in my mind was that of Ajay Devgn. When I finished my story and I asked him, who does he feel is best for this role, he also said Ajay Devgn. So, when you want to bring that connect, you have to feel strongly.” The next big step in the making of the film was casting of 300 women. Instead of taking the regular approach of hiring junior artists, Abhishek knew that this would be an important factor in establishing the strength of the film.

“We had to cast 300 women. Now, if you hire junior artistes, they are free to leave in two -three days for some other project but that breaks the flow. So, we cast 300 women and for the first 15 days taught them how to play the dhol. We got their costumes made because at that time dressing style was difference and clothes affect body language a lot…,” he adds. —IANS