Yung Raja On Paying Ode to Rajinikanth: “I Wanted To Celebrate His Supremacy In My Music Video” 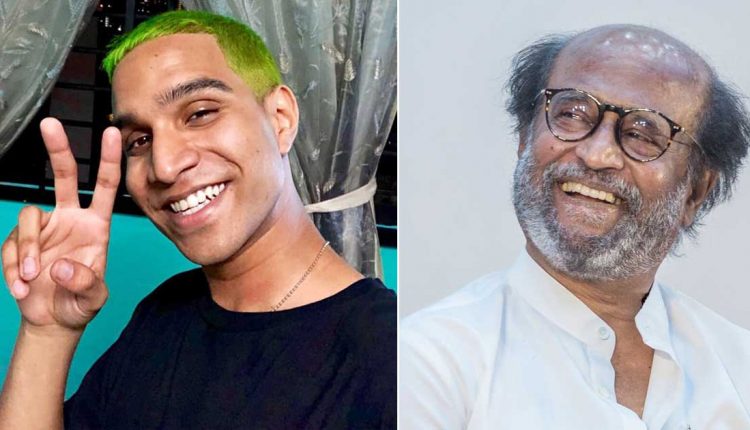 Talking about it, the 26-year-old bilingual rapper said, “Rajinikanth has been my idol all through my growing-up years. He’s such a legend world over.

Continuing further about Rajinikanth being his ode, the singer said, “I wanted to give an ode of sorts to him and celebrate his supremacy in my music video and for as long as I’m creating, I’ll look back to the moments he has given me as inspiration – his style mainly, and as inimitable as it is, I belong to the generation of fans that have his swagger permanently etched in our minds.”

Drashti Dhami On Her Look In The Empire: “It Reflects Royalty But Also Allows Me To Shapeshift Into The Warrior That She Can Be”

The three-minute cinematic video is fused together by madcap action, curly wigs, inflated sumo costumes, and disorienting close-ups. All of this is captured by Vadbibes director Jas Tan with a carefree sense of the surreal and produced by Flightsch and RIIDEM.

Continuing his crusade of making room for multi-dimensional cultural identities Yung Raja said, “Since I was a child, I’ve always been proud of my culture, my roots, my mother tongue, everything that makes me ‘me’. Learning to embrace that from a very young age is one of the reasons behind the bilingualism in my art.

“This is who I am, a bilingual boy born and raised in Singapore to traditional parents who migrated from South India. I remember first discovering hip-hop music when I was 10 years of age and how it made one of the first and strongest impressions on me creatively. That was the real beginning of my rooted identity and voice amalgamating with hip-hop culture. I believe my persona is all about staying authentic to the duality of my cultural make-up.”

The first-generation Singaporean-Indian was recently signed to US label Alamo Records, marking his entry into the US market. The young rapper is also signed to Def Jam Southeast Asia, which is under Universal Music Group. “Spice Boy” was released on Thursday night on all audio streaming platforms and the official music video will premiere on Yung Raja’s Vevo channel.

Must Read: Neha Bhasin Is The First Official Contestant Of Bigg Boss OTT! Sidharth Shukla, Shehnaaz Gill’s Jodi To Be Announced Next?

The post Yung Raja On Paying Ode to Rajinikanth: “I Wanted To Celebrate His Supremacy In My Music Video” appeared first on Koimoi.

Gayle in upbeat mood as spotlight turns his way

Indians in US send money to family of legislator