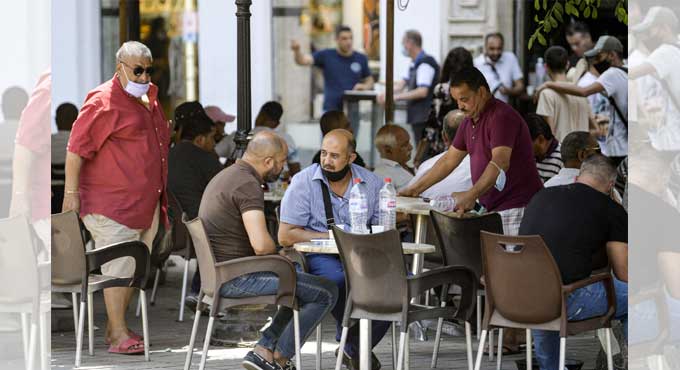 Cairo: The delta variant has led to a surge in coronavirus outbreaks triggering a “fourth wave” in the Middle East, where vaccination rates remain low, said the World Health Organization (WHO).

In a statement on Thursday, the global health body said: “The circulation of the Delta variant is fuelling the surge in COVID-19 cases and deaths in an increasing number of countries in WHO’s Eastern Mediterranean Region. It is now being reported in 15 out of the 22 countries of the Region.”

“The Delta variant is becoming the dominant strain of the virus in several of these countries, with infections mostly being reported among people who have yet to be vaccinated. It is more transmissible than the original virus and other detected variants of concern,” it said.

“The rapid spread of the Delta variant across the Eastern Mediterranean Region and all other WHO regions is a major cause for concern. The number of new cases and deaths has increased in recent weeks. Most of the new cases and hospitalized patients are unvaccinated people. We are now in the fourth wave of COVID-19 across the Region,” said Dr Ahmed Al-Mandhari, WHO Regional Director for the Eastern Mediterranean.

Infections have increased by 55 percent, and deaths by 15 percent, in the last month compared to the month before. More than 310,000 case and 3,500 deaths have been recorded weekly.

Countries such as Tunisia, which has suffered the biggest number of Covid-19 deaths in North Africa, have been struggling to contain the outbreak.

WHO noted the rapid spread of the Delta variant was quickly making it “the dominant strain” in the region.

According to a recent paper in the journal Virological, the amount of virus found in the first tests of patients with the Delta variant was 1,000 times higher than patients in the first wave of the virus in 2020, greatly increasing its contagiousness.

The WHO statement further said that amid the global shortages and grossly inequitable distribution of vaccines, it encourages higher income countries to donate doses to low- and lower middle-income countries.

WHO has set a target for 10 per cent of the population of all countries to be fully vaccinated by September, 40 per cent by the end of 2021, and 70 per cent by mid-2022, but this target will not be achieved unless high-income countries, many of which have already exceeded these targets, are willing to donate vaccines.

‘Children Of War’ – masterpiece on ravages…