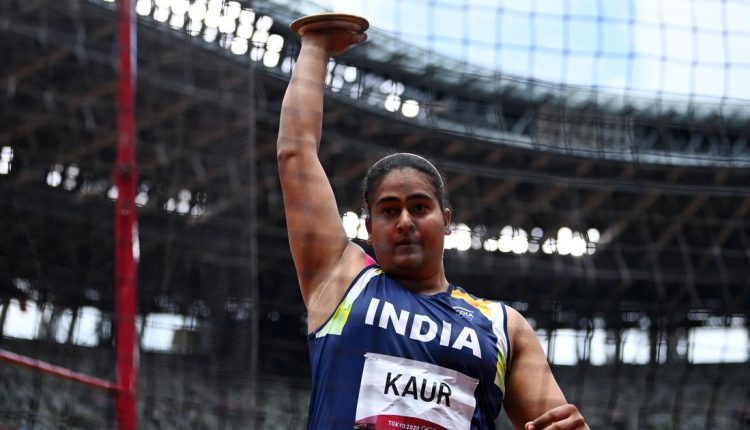 Discus thrower Kamalpreet Kaur produced one of the best performances by an Indian track and field athlete at the Olympics in a qualifying round, as she made it to the finals of the ongoing Tokyo Games after finishing second on Saturday.

The 25-year-old Kaur, competing in qualification B, sent the discus to a distance of 64m in her third and final attempt to be one of the only two automatic qualifiers for the final round, the other being American Valarie Allman (66.42m).

The Indian ended ahead of defending gold-medallist Sandra Perkovic (63.75m) of Croatia and reigning world champion Yaime Perez (63.18) of Cuba. Perkovic qualified at third and Perez at seventh.

She is only the second Indian woman to reach the discus throw final at the Olympics, after Krishna Poonia in 2012.

Kaur began with a 60.29m effort and then improved it to 63.97m before her third throw of 64m. Every competitor gets three throws. Those who touch 64m or at least 12 best performers in the two qualifying rounds advance to the final.

However, veteran Seema Punia made an exit after finishing sixth in qualification A and 16th overall with a best throw…