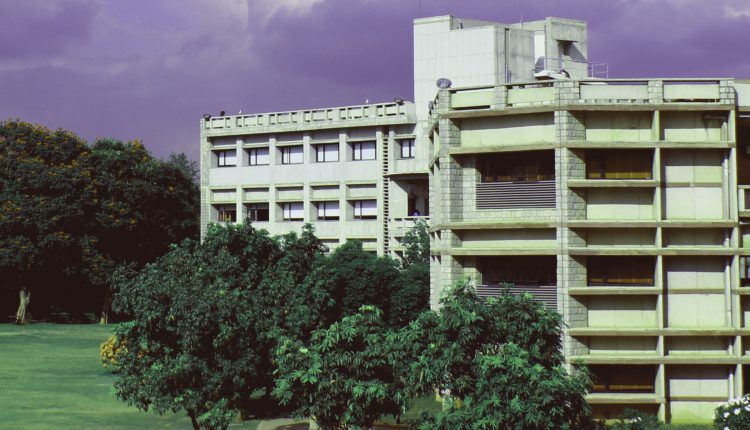 Hyderabad: The student who was blamed for research misconduct at the National Centre for Biological Sciences (NCBS), Bengaluru, after a prominent research paper was withdrawn, has said that statements issued by the institute and his laboratory supervisor have mischaracterised his role.

In early October 2020, members of the laboratory, headed by Arati Ramesh at NCBS, published a paper in the journal Nature Chemical Biology, claiming a significant discovery. But from late October onwards, independent commenters flagged multiple issues with images in the paper on the review platform PubPeer.

By December 2020, the editors of Nature Chemical Biology had pinned a note to the paper acknowledging that they were aware of the issues. Simultaneously, NCBS constituted an inquiry committee to investigate the allegations and take suitable action. The committee concluded that the paper would have to be retracted.

Nature Chemical Biology began the retraction process – through which a paper is removed from the scientific record, so to speak – in February 2021, and finished on June 30.

A week later, NCBS and Ramesh published separate statements (here and here) explaining their positions on the retraction, among other things. Ramesh’s statement came under fire because it pinned the blame for the paper’s fate on one student in her lab – Siladitya Bandyopadhyay – and also alleged that he had left the institute abruptly, taking the experiments’ raw data with him.

Bandyopadhyay has now said that he did not leave the institute abruptly. He also said another member of the same lab was involved in forging data for the paper, contrary to NCBS’s statement, which stated that he alone was responsible.

“There is no way that I left the lab abruptly. I cooperated with the entire investigation and followed the due process for exiting the institute,” Bandyopadhyay told this correspondent. “I received a no-objection certificate (NOC) after I admitted to all the manipulation.”

According to him, Ramesh continued to  have access to all the raw data and the constructs pertaining to the study’s experiments – contrary to her claim that Bandyopadhyay took these materials with him when he left the institute.

The questions over the raw data have been thorny. On the PubPeer post where commenters were discussing the Ramesh et al. paper (before it was retracted), Ramesh shared some data at first, and said it was the raw data, in response to the commenters’ requests. But she stopped responding after the commenters found signs of manipulation in the raw data itself.

Bandyopadhyay admitted to his part in the misconduct – but claimed that another member of the lab, Susmitnarayan Chaudhury, who was the joint first-author of the now-retracted paper, was involved as well. He alleged that Chaudhury had manipulated isothermal titration calorimetry (ITC) data related to this experiment and separate fluorescence data, a charge Chaudhury stoutly denies.

Bandyopadhyay added that in some studies, they were supposed to use RNA and iron for a reaction – but used calcium dichloride and ethylenediaminetetraacetic acid (EDTA) instead.

According to him, Chaudhury, when confronted about the mix-up, allegedly said that performing the actual experiment would never yield the “desired data”.

Bandyopadhyay also said that he had sought and received fabricated images from Chaudhury during the course of their experiments. In two email exchanges – one in June and one in July, 2020 – between Bandyopadhyay and Chaudhury, copies of which The Wire Science has seen, Bandyopadhyay requests specific manipulation in one image and Chaudhury responds with the corresponding modification.

The NCBS communications office refused to comment. However, Chaudhury told The Wire Science that he “completely” denies the allegations.

“The fluorescence data I took was unquestionable. There are several pieces of evidence that [suggest] the results were 100% reproducible and solid,” Chaudhury said. “Arati’s instruction for your informer” – referring to Bandyopadhyay – “was to play around with the fluorescence data I recorded and learn how to plot differently.”

He stressed that the ITC data is “solid” and that he had “documented proof in favour” of his claim. (When asked to share this proof, he wrote that he would rather submit it to an investigating committee first).

He also said that the NCBS inquiry committee had “validated and scrutinised” this data and “concluded that they are perfectly in order”. (The NCBS communications office, through which The Wire Science was asked to route its questions, refused comment.) Instead, Chaudhury added, Bandyopadhyay’s claims about the experiment conducted with calcium dichloride and EDTA were “childish”.

Chaudhury also said he had never sent “a fabricated image to anyone to the best of [his] knowledge”. When asked about the June/July 2020 email exchange, he said, “There could be so many emails between me and Siladitya in that email ID. Siladitya often used my system to work … and transfer [files] via my email ID” – implying that he was unaware of the exchange in question.

Bandyopadhyay, however, denies having had access to Chaudhury’s account, and added, “I had a lab laptop and lab desktop, why would I need to use his laptop?”

Bandyopadhyay continued that when he tried to talk to Ramesh about how the data from their experiments disagreed with the bioinformatic predictions, she allegedly reprimanded him in unprofessional language. “She told me that ‘I do not want to talk to a dumb person’. I was horrified,” Bandyopadhyay said.

An email to Ramesh seeking her response to  these allegations received no response.

A week after Nature Chemical Biology retracted the paper, Ramesh and NCBS published their statements. Some members of the institute also spoke to members of the press, including The Life of Science, The Hindu and The Wire Science.

In these messages, both the institute (through its press office) and its members indicated that the inquiry committee had been empowered to investigate all facets of the retraction’s circumstances. Bandyopadhyay’s emails to the committee also suggest that the committee was aware of his allegations – but it isn’t clear how its members responded.

Bandyopadhyay also said that he had informed NCBS director Satyajit Mayor about his interactions with Chaudhury and Ramesh when Mayor had asked why he had manipulated the images.

But, according to Bandyopadhyay, he was told that this information wasn’t relevant to his case, and learned from media reports later that this was because he hadn’t lodged a formal complaint. Bandyopadhyay expressed disappointment that talking to multiple faculty members at NCBS, short of lodging a formal complaint, hadn’t led to the same outcome.

The NCBS communications office refused to comment on this point. In a previous article, Mayor had told The Wire Science that NCBS “couldn’t shirk its responsibility to due process”.

“After the committee’s final report had been submitted, other emails were received by the NCBS director from one of the paper’s authors, containing allegations of pressure, unprofessional conduct and a stressful work environment at the Ramesh laboratory. NCBS takes harassment allegations very seriously and does NOT condone abusive behaviour of any form on our campus. We are following due process in investigating these allegations. We are working closely with the Ramesh laboratory, and re-evaluating our campus-wide research integrity processes to ensure similar events do not recur at NCBS.”

Bandyopadhyay has since moved away from scientific research and is currently employed as a sales associate with a company. “This was never my dream. I do not enjoy doing this, but have been forced to take up this job,” he said.

The Tata Institute of Fundamental Research, Mumbai, is the parent body of NCBS. An ‘Academic Ethics Committee’ at the institute is understood to be independently investigating the retraction episode. (This is the same committee with which Chaudhury said he would share proof of the validity of his work.) However, an email to the director, S. Ramakrishnan, requesting more information remained unanswered at the time of publishing this article.

Sayantan Datta (they/them) are a queer-trans science writer, communicator and journalist. They currently work with the feminist multimedia science collective TheLifeofScience.com, and tweet at @queersprings.

Julio Ribeiro: Rakesh Asthana’s new job shows how Modi and Shah are out to destroy our institutions

Maruti Suzuki to set up three plants in Gujarat