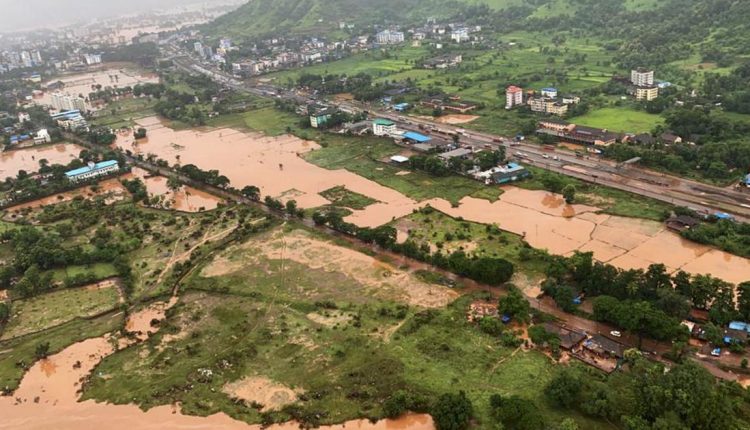 This year, the Western Ghats along the Konkan coast in Maharashtra have seen record-breaking rainfall, followed by devastating floods and landslides.

In the first week of July, all the weather stations of the Indian Meteorological Department in the Konkan region had registered deficit rainfall, lower than the long-term average. By the end of the third week, however, all stations had seen excess rainfall: Mumbai Suburban recorded 251% of the long-term average, Ratnagiri 195%, and Thane 191%.

Many places along the Western Ghats saw extreme rainfall events. For instance, on July 22 and 23, Mahabaleshwar recorded 594 mm of rain. The previous high recorded in the hill station was 491 mm in 2008.

So far, 213 people have died in the Maharashtra floods. The highest number of deaths have taken place in Raigad district, where a landslide on July 22 killed 90 people in Taliye village. The district received 67% excess rainfall in the second week of July, which shot up to 138% in the third week, compared to the long-term average for the same period.

To understand the , Scroll.in spoke with KJ Ramesh, former Director General of the Indian Meteorological Department, and J Srinivasan, Distinguished Scientist at the Divecha Centre for Climate Change, Indian Institute of…

BJP won’t understand hardships of Xetkari as they…