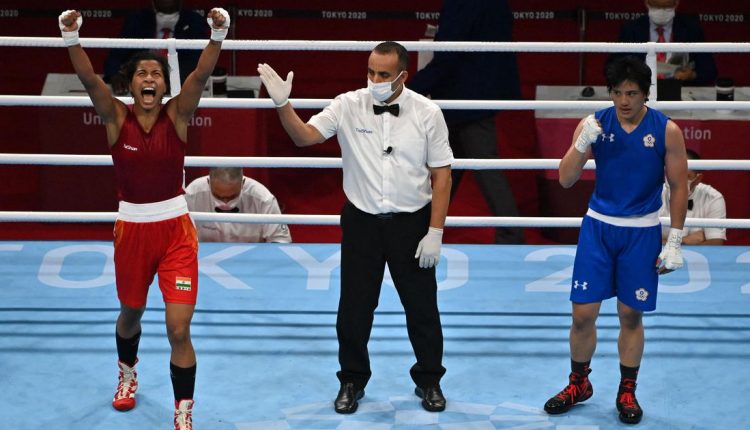 Debutant Lovlina Borgohain assured India of their first boxing and second medal at the ongoing Tokyo Olympics when she upstaged former world champion Nien-Chin Chen of Chinese Taipei to enter the semi-finals on Friday.

The 23-year-old Assam boxer prevailed 4-1 to make the last-four in women’s welterweight in a confident performance. Borgohain, a two-time world championship bronze-medallist, displayed tremendous calm in the face of a plucky opponent, who had beaten her in the past.

India have been waiting on a second medal after weightlifter Mirabai Chanu opened the account on Saturday. The boxer is also the country’s fourth straight female medallist at the Olympics.

This is India’s third medal at the Olympics in boxing after Vijender Singh (2008) and MC Mary Kom (2012). Both of them had won bronze medals and Borgohain would look to better that. The colour of her medal will be decided after semi-final bout.

Next up, she will square off against reigning world champion Busenaz Surmeneli of Turkey, who hammered Ukraine’s Anna Lysenko in her quarter-final bout.

Here are some of the reactions to Borgohain’s win.

That feeling when you assure your country of an Olympic medal in your debut appearance! 🔥🔥

Watch: Baby Humboldt penguin is the newest member of the…

As Rahul Dravid turns 47, here’s a look at his finest…