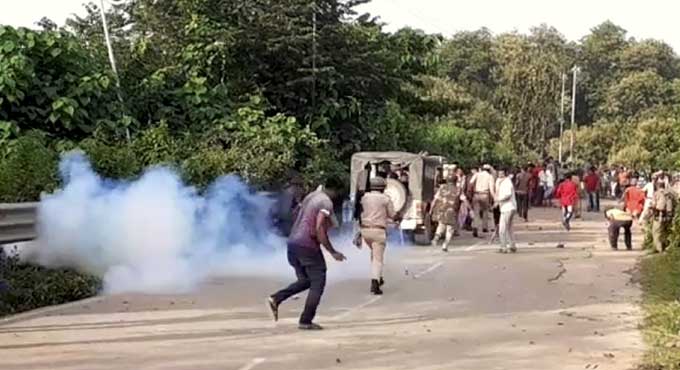 Dispur: The Assam government on Thursday issued a travel advisory for state residents asking them to avoid travelling to Mizoram amid a border dispute between the neighbouring states.

“Given the critical prevailing situation, the people of Assam are advised not to travel to Mizoram as any threat to the personal safety of people of Assam cannot be accepted,” said the advisory issued by MS Manivannan, Commissioner and secretary, Home and political department.

The Assam government also asked the people of Assam, staying in Mizoram due to work-related compulsion, to “exercise utmost caution”.

The government noted that these advisories will come into force with immediate effect and be given publicity for wider public knowledge and adherence.

Meanwhile, Assam police also issued a notification saying that in order to check trafficking of illicit drugs, all incoming vehicles from Mizoram will be thoroughly checked at all the entry points along the Assam Mizoram border.

Noting that trafficking of drugs via Mizoram causes great concern and threat to the society in general, Assam police said, “It felt necessary to check all vehicles entering into Assam from Mizoram”.

“Such vehicles will be thoroughly checked by personnel of Assam Police at the point of entry at all Assam-Mizoram border,” said the police, adding that these vehicles shall be released only after due satisfaction of an officer, not below the rank of Sub Inspector of Police, “that no illicit drugs are carried in the vehicles”.

One injured policeman succumbed to his injuries later taking the total number of policemen killed to six.

At least 50 people were injured in the incident. A total of six companies of the Central Reserve Police Force (CRPF) have been deployed at the site where the policemen died.

2 dead in Scottsdale crash that left 5 others injured,…