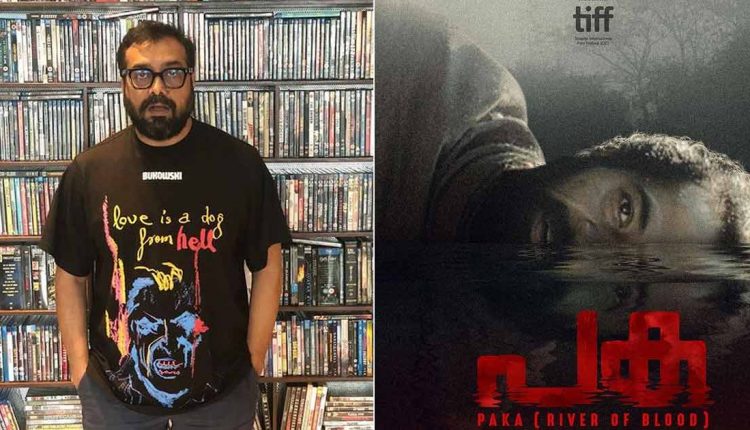 The Malayalam film ‘Paka’, produced by Anurag Kashyap and Raj Rachakonda, which is the directorial debut for Nithin Lukose – is set to have its world premiere at the 46th edition of the Toronto International Film Festival (TIFF) from September 9 to September 18.

The film is selected in the Discovery section, which showcases the first or second feature films of directors worldwide. TIFF will be held in a hybrid way, with both in-person and digital screenings.

Anurag Kashyap who boarded the project as a producer during its post-production stage said, “Malayalam cinema is at the moment leading India on the world stage and I am so grateful to be associated with it in a small way. ‘Paka’ is yet another powerful debut from a rooted new voice.”

Director Nithin is FTII graduate and the sound designer of ‘Thithi’ and ‘Sandeep Aur Pinky Faraar’.

Talking about his debut film ‘Paka’ he said, “I’m delighted and honoured to see my directorial debut, ‘Paka’ (River of Blood), at the Discovery Programme of the 46th Toronto International Film Festival. I was fascinated by the stories and myths my grandmother told me when I was young. ‘Paka’ is a manifestation of that fascination. The idea was to tell a universal story that can appeal to the global audience while keeping the film rooted in the cultural attributes of the remote village I grew up in and the people I love. It’s a matter of pride that a regional film like our’s is getting a platform through a globally renowned festival like TIFF.”

Raj Rachakonda, who earlier directed the Malayalam film ‘Mallesham’, said, “Of the four scripts narrated to me, I opted to produce Nithin’s, who helped me with sound design for Mallesham because ‘Paka’ is a poignant story about people’s simultaneous capacity for love and cruelty that displays great depth and emotion.”