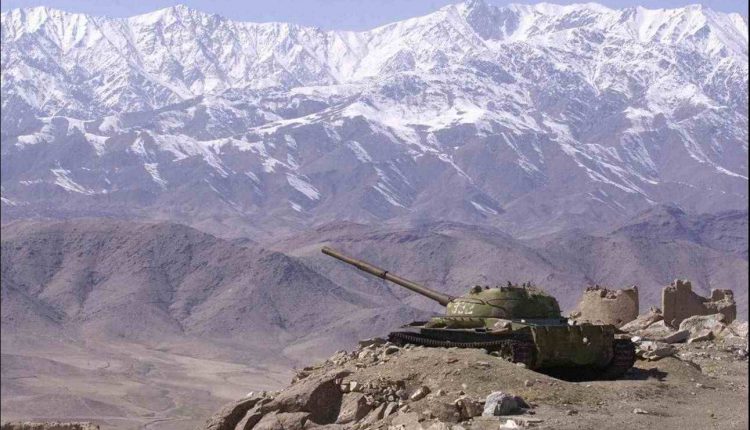 When Trisha Mahajan was growing up in the northern Indian city of Amritsar, air pollution was never on her mind. By contrast, now as a mother to a two-year-old daughter living in one of the world’s most polluted cities, Gurgaon, in the outskirts of the capital Delhi, she is worried enough to be considering relocating to a smaller city with cleaner air.

Mahajan’s concern for the health of her daughter has grown with the mounting evidence of the impact that air pollution has on the lungs of the region’s youngest citizens. Breathing polluted air could lead to serious long-term and permanent health issues that include reduction in lung capacity and the possibility of developing cardiovascular disease later in life.

In recent years, research into the links between air pollution and health has thrown up other terrifying results. Air pollution has been linked to not just a higher risk of respiratory issues but also of several types of cancer, early mortality and both miscarriages and stillbirths.

For a long time, scientists blamed the pollution on the region’s topography. Many major cities are located on the Indo-Gangetic plain, with the Hindu Kush Himalayan mountain range to their north and the Deccan Plateau to the south. The mountains block the flow of air, turning the plain into a gas chamber, some experts argued.

But the latest research proves otherwise. The cities in the region are generating their own pollution, and the mountains might have taken more flak than they deserve for their role in trapping airborne pollutants.

“Residential emissions definitely stood out as the dominant source [of pollution],” said atmospheric scientist Erin McDuffie, a visiting research associate at Washington University in St. Louis who led a 2021 global study looking at the sources of air pollution in 204 countries and 200 sub-national regions. While the exact percentage varied depending on the city, in the Hindu Kush Himalayan region roughly 25-30% of air pollution was coming from kitchens.

The use of firewood or coal for household cooking and heating was the dominant source of pollution, the study found. Fuel combustion for energy generation, industrial processes, and dust generated by human activities were other dominant sources of air pollution.

While conceding that the region’s topography does play a part, “by looking at all of the sources combined you can get a sense for the breadth of the sources of air pollution, and that gives you a sense of the multiple ways to tackle this problem,” McDuffie told The Third Pole.

A lack of granular data on both health and air pollution is a key gap that gets in the way of more localised research.

Abid Omar grew up in the Pakistani megacity of Karachi, and would often visit Lahore where his grandmother lived. Around a decade ago, when winters started to turn so foggy in Lahore that flights had to be cancelled, Omar grew suspicious. Foggy winters weren’t a part of his memories of the city.

In 2016, during his time working in China’s capital Beijing for a Swiss textile company, Omar could appreciate people’s awareness of the issue of local air pollution. International reports said Pakistan’s cities were just as polluted, but locally little attention was being paid to it. On one of his visits to Karachi, he took a USD 300 air quality monitor from Beijing. Since then, the citizen-driven Pakistan Air Quality Initiative (PAQI) he founded has expanded to include over 50 monitors, most of them hosted by concerned citizens in urban centres across the country.

“One of the myths that was easy to debunk was that Pakistan’s air pollution problem was due to trans-boundary pollution coming in from India,” Omar said. The monitors have shown that all major cities have high pollution levels. “In winters the numbers are off the charts.”

Also read: Delhi and Lahore Play Blame-Tennis but the Smog Has the Grand Slam

This data has allowed Omar and his colleagues to improve awareness about air pollution in Pakistan, and has also caught the media’s attention. Citizen groups like ‘scary ammis’, which translates as ‘scary mothers’, have gone on to force local authorities to shut down schools in Lahore when air pollution levels peak. Omar said that the data provided the foundation for this kind of advocacy.

But while the scientific consensus is that air pollution is dangerous to people’s health, granular information on specific health impacts is harder to find as most countries in the region have paid little attention to data on deaths, including recording the cause of deaths. In the absence of reliable national level data, researchers rely on smaller studies and other sample surveys.

“We have a basic issue where we’re not always documenting deaths in a way that allows us to capture what the cause was,” said Pallavi Pant, senior scientist at the Boston-based Health Effects Institute. Even when this data exists, it is not in electronic format, Pant said.

The potential benefits of improving air quality in the region are not restricted to public health. Addressing air pollution would go a long way in helping the region with climate change mitigation.

Nepal’s capital city Kathmandu lies in a valley and is thus very sensitive to air pollution due to restricted movement of air. Lots of the sources of pollution are right here, within the valley, said Bhushan Tuladhar, who chairs the Nepalese non-profit Environment and Public Health Organization (ENPHO).

Much conversation in both Nepal and Pakistan is centred around pollution coming in from India, but Tuladhar said that air pollution travelling across a city or across a regional border within a country is as much of an issue. This also highlights the need for greater national and intra-national collaboration.

Many of the gases and particulate matter responsible for air pollution also cause the earth to warm, pushing up global temperatures. Acting to reduce air pollution will not just improve the health of the local population, but will help countries take steps towards climate change mitigation, a benefit policy-makers haven’t completely caught on, according to experts.

“What the policy-makers [in developing countries] do is they almost play the victim card,” said Tuladhar. While the West is largely responsible for high carbon emissions, especially when historical emissions are taken into account, emissions in developing countries are also growing which will have an impact on local citizens. “Climate change mitigation is really about us doing something about the health of our own people.”

On the transport side, improving the public transport system – including more electric buses – controlling the number of vehicles on the road and insisting on regular maintenance are some of the solutions, Tuladhar said. Finding alternative cooking fuels by promoting either LPG cylinders or electric cooking are other ways to curb pollution.

But transboundary pollution remains a problem, not just that coming over from India but also pollution coming into Kathmandu from other parts of the country. “Last year, when we had a very dry winter, there were a lot of forest fires all over Nepal as well as western India. That smoke was coming into Kathmandu as well. We could see through satellite data that a big chunk of that pollution [was from] forest fires.” With climate change set to worsen such extreme events, he says, this problem is set to intensify.

In terms of which sources are worse for public health, current evidence is patchy.

Any reduction will have positive results

Studies looking at the health impacts of air pollution tend to assume that every single source is equally bad for public health, said Pant. But “the research has not really shown that one source in particular is really bad for you versus another source.”

This means that solutions can target any sector and there will be positive health outcomes. “You can pretty much tackle any sector, and that should reduce your overall air pollution, but again, you’ll get the most benefit by tackling the largest source,” McDuffie said.

Air pollution also raises concerns around equity. Over 90% of deaths linked to air pollution occur in poor and developing countries, according to the World Health Organization. Even within a city, pollution affects poor and marginalised populations, like those living on the streets, disproportionately more.

As governments fail to act fast, citizens are doing what they can to cope. Trisha Mahajan and her family leave the Delhi area for a less polluted location during the winter months when the pollution peaks. When at home, they use indoor air purifiers and house plants to improve air quality.

“I am not going to rely on the government to do anything in the near future,” said Mahajan.

Tuladhar offers a simple solution to begin with. Holding regional summits to discuss cross-border air pollution, and improving data collection and data sharing are some of the ways countries could start to work together. “The issues happening in Lahore and Delhi and Dhaka are very much similar, and maybe we can talk to each other.”

Disha Shetty is an independent journalist based in Pune, India. She writes mainly on public health, environment and gender. She tweets @dishashetty20.

This article was first published by The Third Pole and has been republished here under a Creative Commons license.

The post Air Pollution Patterns in the Hindu Kush Himalaya Are More Complex Than Thought appeared first on The Wire Science.

Try for common symbol to AMMK candidates: SC to EC