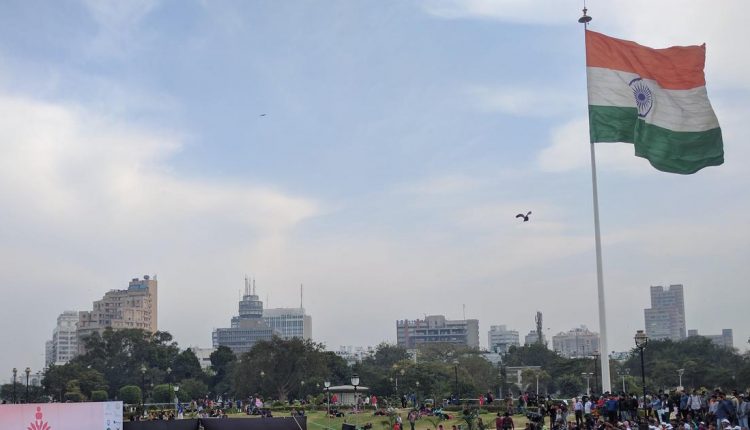 The Delhi government has earmarked Rs 84 crore to install the Indian flag in 500 locations across the city. This move was announced under the Aam Aadmi Party-led state government’s “Deshbhakti budget” in March for the year 2021 to 2022.

The budget includes various elements of “deshbhakti” or nationalism in schemes for the several departments, including health and education. Among other things, the government proposed the creation of a “Deshbhakti curriculum” that will assign “one period daily to instill in the young minds of students the pride and sentiments of unity and brotherhood, love and respect for the country>

The idea, according to the Aam Aadmi Party, is to celebrate 75 years of Indian Independence, while also attempting to make the flag ubiquitous in the capital. “So even if someone is going out 2 km from their home, they will get to see the tricolour flying in all its glory and feel patriotic,” deputy chief minister Manish Sisodia had said in March.

Initially, the budget presented in March allocated Rs 45 crore for the installation of 500 flag masts. But this figure was increased to Rs 84 crore, according to the tender floated by the Delhi government’s Public Works Department on July 24.

The tender calls for bids till August 9 to install…

May warned of ouster if UK forced to fight Euro polls