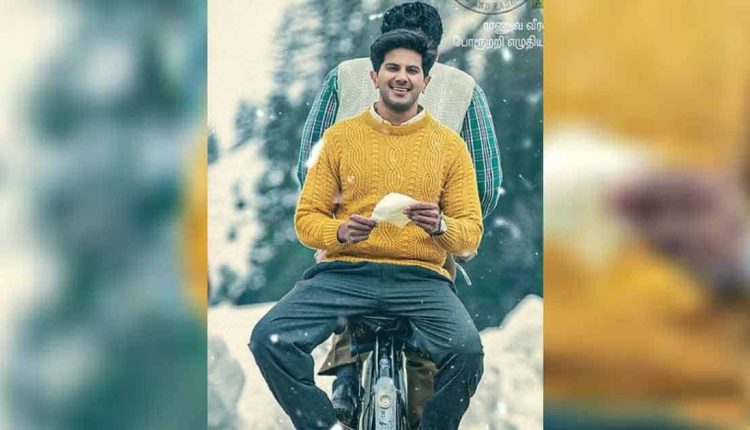 Actor Dulquer Salmaan is quite excited about his second Telugu film as the first look of the upcoming untitled film was unveiled on Wednesday, on the occasion of his birthday.

Directed by Hanu Raghavapudi and produced by Ashwini Dutt, the first look of the poster shows Dulquer all smiles as he holds a letter in his hands, while he sits backwards on a bicycle. He is playing Lieutenant Raghu Ram in the film.

The film has been shot in Kashmir.

Ayushmann Khurrana Had Decided To Sing On Birthday Parties After Three Flops
“I Am Not Raj Kundra To Give A Shot”, Says Raj Thackeray As He Makes Fun Of Shilpa Shetty’s Husband

This is the second Telugu film for Dulquer after the success of ‘Mahanati’.

Must Read: Can You Imagine Katrina Kaif’s Marriage Proposal Getting Rejected? Yes, It Did Happen With Salman Khan Being An Eye Witness

The post Dulquer Salmaan Gifts Fans A ‘Simply Charming’ First Look Of His Yet-Untitled Film On His Birthday appeared first on Koimoi.