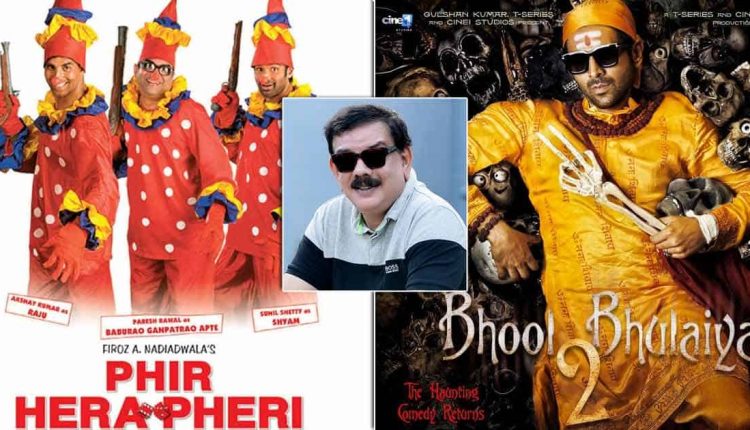 Priyadarshan is undoubtedly one of the best comic directors our country has. He has carved his space with his own brand of comedy and making fun out of very ordinary situations. Many believed that the filmmaker is done with Bollywood as he didn’t come on board as a director of Bhool Bhulaiyaa 2, but now, he has revealed the real reason.

For the unversed, Bhool Bhulaiyaa was released in 2007. It had Vidya Balan, Akshay Kumar, Shiney Ahuja and a dream team. The film was a laugh riot along with a strong storyline. It’s possibly the most critically acclaimed film of the veteran filmmaker after Hera Pheri. Fans were left in shock when the second instalment was announced starring Kartik Aaryan, as there was no Priyadarshan’s name attached to it.

Now, the man himself, Priyadarshan, has clarified why he didn’t associate himself with Bhool Bhulaiyaa 2. He has even shared why didn’t direct Phir Hera Pheri.

Karan Johar’s No S*x Please, We’re Indians! Was Supposed To Be Disha Patani’s Debut – Did You Know?

While speaking to Mid Day, Priyadarshan said, “I refused to do Hera Pheri 2 because I thought the first part was the best I could do [with the premise]. Similarly, I didn’t want to do Bhool Bhulaiyaa 2 because I don’t think [the narrative lends to] a second part. But if the one holding the franchise [rights] wants to take it ahead, I am not against it.”

He even spoke about an upcoming film with Akshay Kumar by quoting, “Akshay and I share a great equation and have always stayed in touch. When he said that he has not done a good comedy in a long time, we decided to [team up for a film]. We have been planning this for a long. The film would have gone on floors at the start of this year if the second wave of the pandemic had not hit. Now, the film will roll in [early] 2022.”

India’s borders are intact and will remain intact…