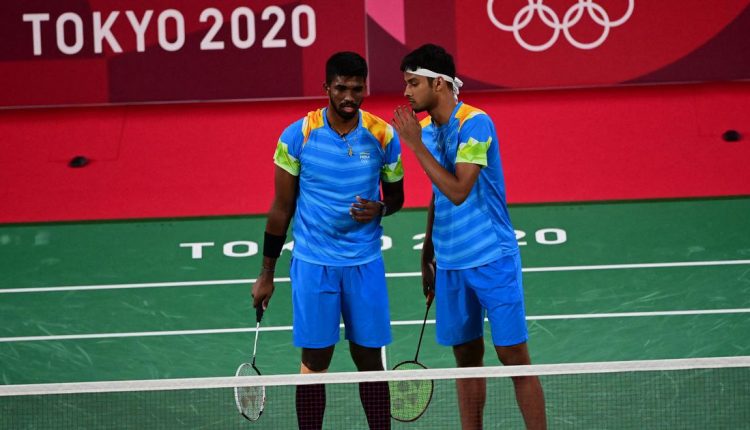 India’s men’s doubles pair of Chirag Shetty and Satwiksairaj Rankireddy bowed out of the Tokyo Olympics despite winning two matches in their group stage campaign that concluded with a 21-17, 21-19 win over British pair Ben Lane and Sean Vendy on Tuesday.

However, they couldn’t make it to the knockout stage as they finished third in Group A behind top-ranked Indonesian team of Marcus Gideon Fernaldi and Kevin Sanjaya Sukamuljo and world number three Yang Lee and Chi-Lin Wang of Chinese Taipei.

All three teams finished on same points with two wins each and when the number of games won was considered to identify the qualifiers, the Indians lost.

Chirag and Satwik’s straight-game loss to the Indonesians on Monday cost them dear.

Moments before the Indian pair stepped on the court, Lee and Wang had completed a three-game win over Sukamuljo and Gideon in the preceding group match, rendering the result of India’s contest against Britain inconsequential.

“We knew the moment Lee Yang/Wang Chi-Lin won, we didn’t stand a chance. They won in two and we won in three,” Chirag Shetty was quoted as saying after the game by the Badminton World Federation.

“But unfortunately, even after winning two matches we don’t go through. But that is badminton, we have to…

Major reservoirs have only 70% water of their capacity