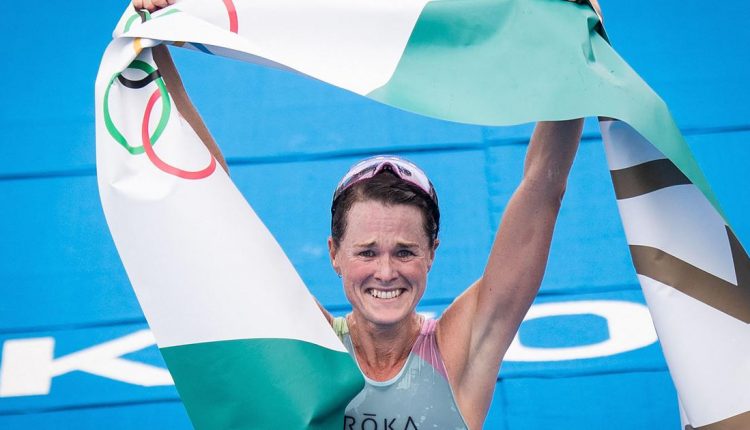 Triathlete Flora Duffy revelled in a “cool moment” after delivering the first Olympic gold medal in history for the tiny island of Bermuda in Tokyo on Tuesday.

The 33-year-old crossed the line in the women’s race in 1hr 55min 36sec, more than a minute ahead of Britain’s Georgia Taylor-Brown, with US athlete Katie Zaferes taking bronze.

Duffy’s success makes Bermuda the smallest nation or territory in terms of population – around 70,000 – ever to win a gold medal at a Summer Games.

“I have achieved my dream of winning a gold medal, but also winning Bermuda’s first gold medal,” she said.

“It’s bigger than me and that’s a really cool moment. That was the longest kilometre of my life (the final one of the run).

“I think I can get used to being called Olympic champion for the rest of my life.”

Bermuda’s only previous Olympic medallist was boxer Clarence Hill, who won a bronze in 1976.

For Duffy it was a welcome reward after persistent injuries and a diagnosis of anaemia in 2013.

She quit the sport after failing to finish the event at the 2008 Beijing Games and started working in a shop before studying for a degree and returning to the sport.

Opinion | Why Mamata is confident of scoring another victory…