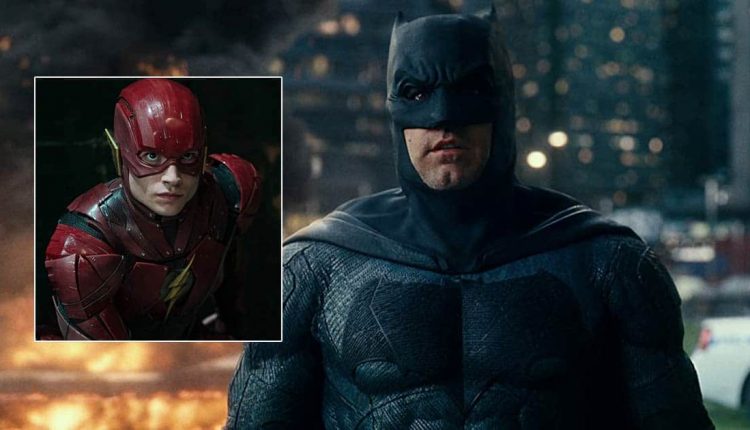 Ben Affleck Is Reprising His Batfleck In The Flash(Photo Credit: Imdb)

While there is a lot from the Gotham city coming to our screen in the near future, will we ever complain of there is too much of it? Never. Technically, it’s years of hype around The Flash and the fact that Ben Affleck will be reprising his version of Batman, that has kept the craze for the project ignited. Of course, the casting coupe that almost had the entire DC in one film added to the fire and only made it bigger. But Batfleck and his appearance stays to be the biggest highlight.

Ben Affleck has time and again gone on record about his excitement to join The Flash starring Ezra Miller. While the cameras have already rolled on the ensemble film in the UK, the new leaked footage from the sets have given us the first glimpse of an updated Batman from the movie and it has to possibly be the Batfleck version.

This is the day the wait for the Miller starrer will start getting tougher. Read on to know everything you should and also catch the Cape Crusader on the sets driving the Bat Cycle.

You got to be living in the cave if the set images from the sets of The Flash haven’t reached you already. So far we have already seen MeSasha Calle’s Supergirl, Michael Keaton’s Bruce Wayne and Ezra Miller’s Barry Allen talking to himself. But the biggest update has to be this where the Batman is driving his Bat Cycle. If you see the suit closely there are many updates and experts say this is the Ben Affleck version of the Cape Crusader.

I honestly feel like #TheFlash isn’t Ben’s last movie as Batman. Yall can tell me different but I dunno. pic.twitter.com/3yrRmLx2Nr

Looks like we’re getting more Batfleck after all in The Flash movie.

This technically means Director Andy Muschietti is adding his bits to the Batfleck and not just using the blueprint Zack Snyder created for the character. For the unversed, The Flash will have multiple Batman’s in one. Michael Keaton is also reprising his version of the Cape Crusader after 3 decades almost.

How excited are you for Batfleck return? Let us know in the comments section below.

Must Read: Dwayne Johnson On ‘Jungle Cruise’: “All Of Our Daughters Are Very Excited For The Movie”

The post The Flash: Ben Affleck’s Batman Takes Over The Gotham Streets On A Bat Cycle In Leaked Set Images – Check Out Here appeared first on Koimoi.

Jaishankar assures ‘all possible assistance’ to…