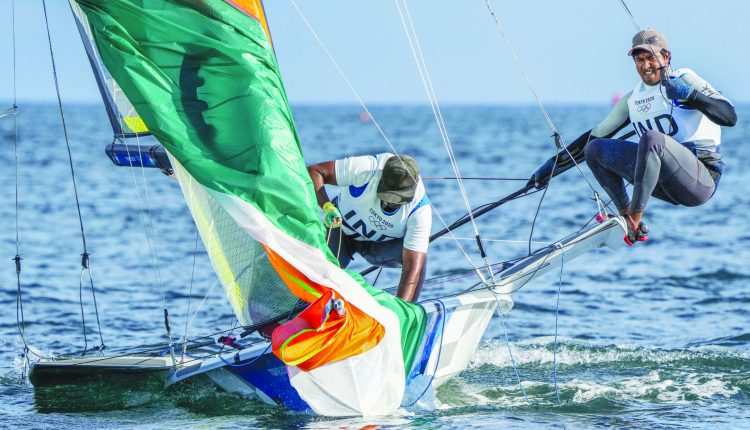 ENOSHIMA, July 27: Indian sailors Vishnu Saravanan and Nethra Kumanan finished way behind the leaders as they ended at 22nd and 33rd spot in the respective events after six races in the Tokyo Olympics here on Tuesday.
Saravanan finished 23rd and 22nd in the fifth and sixth race in the men’s laser event while Kumanan was 32nd and 38th in the two races of the women’s laser radial event held at Enoshima Yacht Harbour on Tuesday.
Four more races and medal race remain in the competition and the India duo were far behind in the rankings.
The medal races of both the women’s laser radial and men’s laser will be held on August 1 after 10 races each. (PTI)

The post Sailors Vishnu, Nethra at 22nd and 33rd spot appeared first on The Shillong Times.