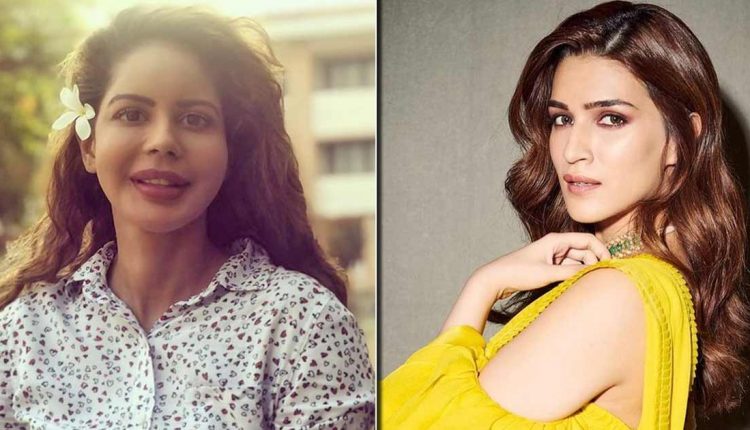 Kriti Sanon has made her place in Bollywood within a short span of time. The 9-film old actress enjoys a huge fandom across the country, and without a doubt, she deserves every bit of it. It wouldn’t be an overstatement if we say that Kriti is one of those rare actors who have the least haters. And behind such an image, there lies a skill of staying out of controversies.

Usually, we don’t see Kriti indulged in any type of controversy. It’s just a couple of instances where she was dragged into a controversial row. Out of them, one is Bhairavi Goswami’s disgusting remarks on the Dilwale actress. However, the beauty chose not to make any comment on the controversial remark against her.

For the unversed, Bhairavi Goswami was seen in a small role in Hate Story. It was in 2017 when KRK trolled Kriti Sanon for promoting Mubarakan with a dance video. Commenting on it, KRK had written, “Ye Dekho Kiriti Bechari, Raabta Ke flop Hone Ke Baad, mentally disturb Ho Gayee hai.”

Goswami was quick to jump into the matter and tried gaining attention by writing, “She is really behaving like a deranged woman. How did she become an actress? No headlight, no bumper. Even college students look better.” Of course, many netizens were disgusted by such a remark on Kriti Sanon’s body figure.

Maintaining her calm and dignity, Kriti didn’t react to the remark ever. During that time, she was busy promoting Bareilly Ki Barfi.

Meanwhile, today, the Panipat actress celebrates her 31st birthday. Her fans have stormed social media with sweet posts for their beloved actress. Many are celebrating the occasion by watching her latest release, Mimi, on Netflix.

Must Read: Mukesh Khanna Reacts To Raj Kundra P*rn Scandal: “Shilpa Shetty Would Know About This 120%”

The post “No Headlight, No Bumper,” When Kriti Sanon Was Body-Shamed By Hate Story Fame Bhairavi Goswami appeared first on Koimoi.

Priyanka’s funny reason behind working in…

Tamil Nadu gets permission to borrow additional amount of Rs…