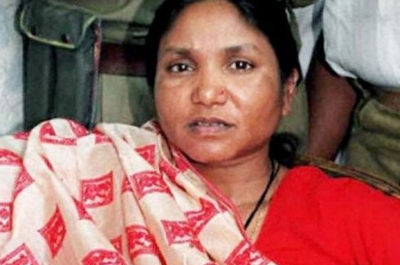 Bulandshahr (Uttar Pradesh), July 27 : Shikhar Agarwal, state general secretary of the Nishad Party and also one of the main accused in 2018 Bulandshahr violence, has been booked for allegedly instigating a group of people to kill the man who had shot dead dacoit-turned-politician Phoolan Devi in 2001.

The case was filed on Monday after a video, purportedly showing Agarwal and a few others taking an oath to kill Sher Singh Rana, was shared on social media platforms.

The alleged event took place in the Parauli village, Shikarpur in Bulandshahr on the 20th death anniversary of Phoolan Devi on Sunday.

Bulandshahr Senior Superintendent of Police (SSP) Santosh Kumar Singh said, “We have filed an FIR against two persons, including Shikhar Agarwal, for disturbing peace and promoting hatred among different communities and efforts are on to arrest them.”

Agarwal, meanwhile, said, “My statement was taken out of context. I did not say ‘we will kill Rana’. What we meant was that he (Rana) should be hanged after the due process of law. But now police are targeting me and my family for following the ideals of Phoolan Devi.”

The FIR filed after the event says, “It came to our notice through a video uploaded on social media that the death anniversary of former MP Phoolan Devi was being observed in the house of one Naresh Kashyap in Parauli village. The video shows Bulandshahr violence accused, Shikhar Agarwal, instigating people by raising hateful and vengeful slogans to kill Sher Singh Rana.”

Both Naresh Kashyap and Shikhar Agarwal have been booked under IPC section 505-2 (statements creating or promoting enmity, hatred or ill-will between classes).”

Agarwal is one of the main accused in the 2018 Bulandshahr violence case in which police inspector Subodh Singh was killed by mob during a protest against alleged cow slaughter.