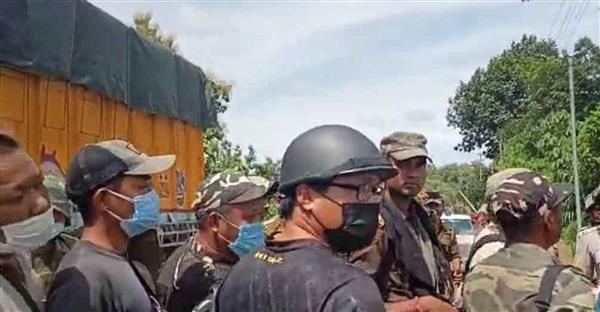 The Centre on Tuesday claimed that any inter-state border disputes can “only” be resolved with the cooperation of the provincial governments involved in the matter and the Centre could play just a facilitator in such situations.

Responding to a written question on the Centre’s role in redressing border disputes between the states, Union Minister of State (MoS) for Home Nityanand Rai said, “The approach of the central government has consistently been that inter-state disputes can be resolved only with the cooperation of the state governments concerned and that the central government acts only as a facilitator for amicable settlement of the dispute in the spirit of mutual understanding.”

In his reply, the Minister also cited at least seven such disputes of which resolution could be achieved in four cases.

“According to available information, there are boundary disputes arising out of demarcation of boundaries and claims and counter-claims over territories between Haryana-Himachal Pradesh, Union Territory of Ladakh-Himachal Pradesh, Maharashtra-Karnataka, Assam-Arunachal Pradesh, Assam-Nagaland, Assam-Meghalaya and Assam-Mizoram,” the minister said.

The minister agreed to the fact that there have been reports of occasional protests and incidents of violence from some of the disputed areas.

On Monday, at least five Assam Police personnel were reported to have been killed while defending the “constitutional boundary” of the state with Mizoram as the dispute between the two north-eastern states erupted into a violent conflict.

However, it is now reported that “an uneasy calm” prevails at the troubled area of the border of the two states with two battalion of Central Reserve Police Force taking control of the situation after Union Home Minister Amit Shah intervened and spoke to the chief ministers of Assam and Mizoram, Himanta Biswa Sarma and Zoramthanga respectively, asking them to disengage and maintain peace.

What was the need? Shilpa Shetty breaks down, shouts at Raj Kundra during Mumbai police raid

‘We shouldn’t even have to have this conversation’: Woman…