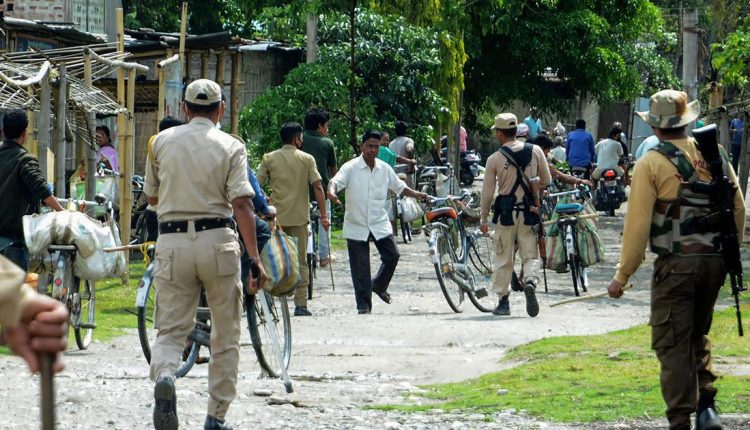 Territorial disputes between the two states began after Assam was restructured to form other states – including Meghalaya – post Independence and have been running since then. Meghalaya was demarcated in 1972. Since then, the North East has been rife with communal tension, border disputes, and separatist violence. Assam is the only state with which Meghalaya shares an internal border.

The Meghalaya Police on Monday said that the protests began after the Meghalaya Energy Corporation Limited on Monday set up the poles in the village “on the same stretch where Assam Electricity Board had erected electric poles in the month of January 2021”.

“However, around 11 am the Circle Magistrate Batistha Circle from Assam accompanied by senior police officials and a sizable police force came to the spot and dismantled the erected poles,” Assistant Inspector of Police, Meghalaya, GK Iangrai said in the statement. “The action of the magistrate and the Assam police was met with stiff resistance from the people…