Jugal Hansraj Reveals Replacing Saif Ali Khan In A Film Days Before The Shoot Began: “I Was Shocked” 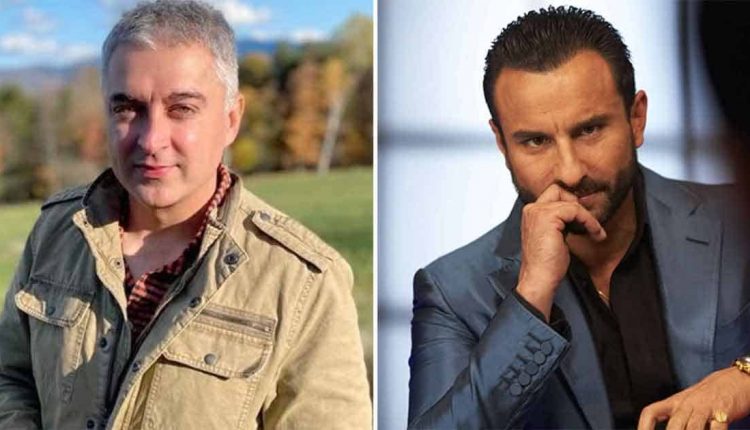 Actor-turned-author Jugal Hansraj is well known for his appearance in films like Masoom, Ghar Se Nikalte Hi and Mohabbatien. While he started his career as a child artist, his first film was Aa Gale Lag Jaa opposite Urmila Matondkar. He was 21 when he starred in the film.

While he had signed several films with many big directors but unfortunately, none managed to go on floors, until Aa Gale Lag Jaa happened. Interestingly he wasn’t the first choice for the film but Saif Ali Khan was. Now Hansraj shares interesting details about it.

Talking to Indian Express, Jugal Hansraj said, “Between 18 to 21, I signed two films with Manmohan Desai and Pahlaj Nihalani, but unfortunately they weren’t starting. I did Loha (1987) starring Dharmendra as a child actor with producer Salim Akhtar. He called me and said they were starting a film at Filmistan Studio in six days since they’ve parted ways with Saif due to some issue. Songs and everything was ready and they wanted to sign me as the lead actor. I was shocked. I asked for a few hours to talk to my family. I returned to their office and signed the contract. Those days it used to be one-page contact, not like today, kind of big corporate novels. They took me shopping for clothes, and in next six days, I was on set giving my first shot with Paresh Rawal.”

Jugal also revealed that he feels blessed despite not coming from a film family. Several big directors reached out to him on their own, even if many of those films could not roll. He then spoke about his “dream project” Mohabbatein and his close association with the Yash Chopra family.

He said, “Uday Chopra is a good friend, and I was close to Yash ji too. They knew I loved animation and my interest in reading about making such films. YRF was tying up with Disney at that time. Aditya Chopra casually asked me if I had ideas for animation films. A month later I gave him two, 10-page stories – one with stray dogs on the streets of Mumbai, and one with ants. He liked the stray dogs one and asked me to write the script,” Jugal shared, adding that Aditya Chopra suggested to make it a “fun Bollywood spoof with all the masala like cabaret song, villain and things we’ve grown up to.”

The post Jugal Hansraj Reveals Replacing Saif Ali Khan In A Film Days Before The Shoot Began: “I Was Shocked” appeared first on Koimoi.

Wanted to connect with youth through ‘Roadies’:…

Fathers’ smoking may up asthma-risk in kids