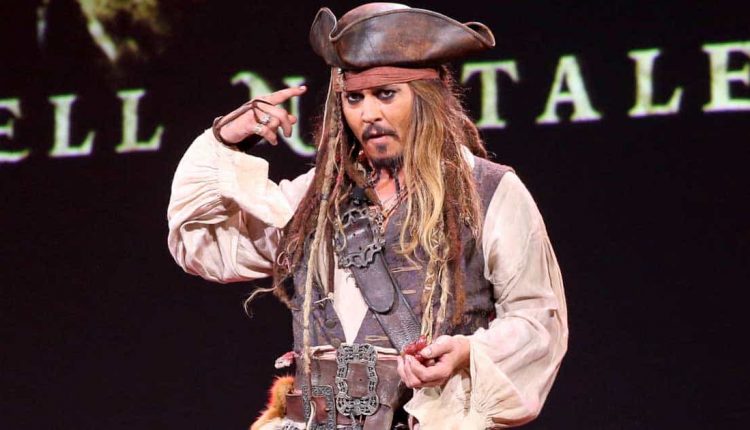 Johnny Depp Has Been Playing Jack Sparrow For As Long As We Know, Here’s A Story Of His Goodwill ( Photo Credit – Getty Image )

Being in Johnny Depp’s shoes right now in Hollywood is one of the most difficult things, and one can only imagine the pain he must be going through to see things bid him goodbye. The case wasn’t the same couple of years ago when he was happy on the sets shooting for his beloved franchises and garnering more fans with each passing day. One of his most loved characters has to be Jack Sparrow from The Pirate Of The Caribbean.

Johnny Depp stepped into playing Capt Jack Sparrow from Pirates Of The Caribbean years ago and made the character his own. His unique style of playing, the antiques the movement, and postures, everything made him stand out and only Depp could do justice to the monster of a character he created. But as fun, as he was on screen, he was equally humble and loving of screen. The fact that he once spent $60,000 for his crew is proof enough of his empathy and goodwill. Read on to know everything about the said incident.

During the shoot of On Stranger Tides (2011), which starred Penelope Cruz, Ian McShane, and Kevin R McNally alongside Johnny Depp, the team has to face the extreme Caribbean weather. Depp in one of his interviews even went on to say that things on the sets of the said film became creaky. The team who were shooting in the British Weather and fighting it, had a gift ready for them from Johnny when they came to Pinewood studios.

Gigi Hadid Glimpse Us A Rare Moment Of Sister Bella Hadid Playing With Daughter Khai & It’s All Love
The Flash: Ben Affleck’s Batman Takes Over The Gotham Streets On A Bat Cycle In Leaked Set Images – Check Out Here

A source said at the time said, “Johnny paid out of his own pocket for all 500 of us to have a nice warm waterproof coat. It’s a great morale boost and another example of why he is one of the nicest people in Hollywood.” (Via The Sun). If the source was to be believed, the whole expenditure on the coats was more than $60,000 and this was the actor’s move to keep his entourage safe and dry.

The post Johnny Depp aka Jack Sparrow Once Spent Over $60,000 To Keep His ‘On Stranger Tides’ Team Safe appeared first on Koimoi.

Navarasa Trailer Out! Vijay Sethupathi, Suriya, Parvathy Thiruvothu & The Team Gear Up With An Emotional Roller-Coaster We Are Eagerly Waiting For

I don’t really know the truth about casting couch,…