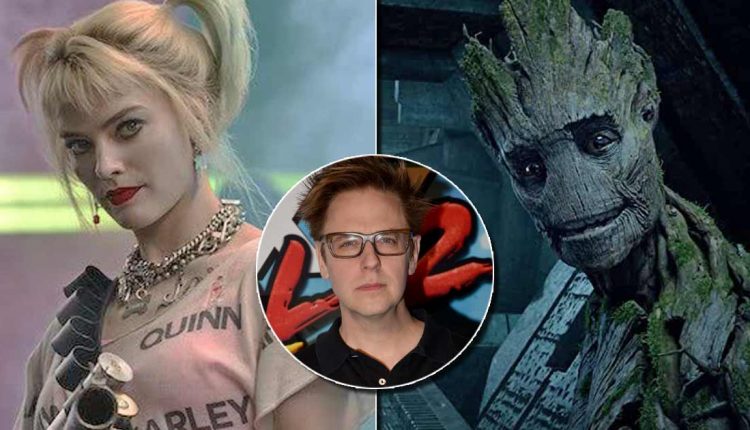 James Gunn Is The Director Behind Both Guardians Of The Galaxy & The Suicide Squad 2 ( Photo Credit – Getty Image ; IMDb )

James Gunn is one of the two directors in Hollywood who have successfully made their place in the realms of Marvel Cinematic Universe and the DCEU in the same lifetime. It won’t be an exaggeration if he has had thoughts of crossovers between the two biggest studios on earth. And turns out he has and the characters he has included in that is Margot Robbie’s Harley Quinn and wait for it, Vin Diesel’s Groot!

For the unversed, James Gunn is the man behind Marvel Cinematic Universe’s Guardians Of The Galaxy and is at making Volume 3 now. He is also the director behind DC’s The Suicide Squad that is awaiting its official release. In this case, the filmmaker has reasons to be excited and share that with the world. In the same excitement, the filmmaker has now opened up on if he has any idea for a Marvel Dc crossover. Read on to know everything you should about this exciting update of the day.

“I would really be happy to do a Harley Quinn and Groot movie. Not only have I thought about that, but I have actually talked about that to the heads of both Marvel and DC,” James Gunn said on the ReelBlend podcast. “It’s like everybody’s open to everything, but whether anything would ever happen, who knows? But the idea of being able to bring Marvel and DC together in a movie, that would be really fun for me.”

However, the quote above wasn’t word-to-word with what James Gunn had to say. The filmmaker took to his Twitter handle and clarified that he did have an idea but he never discussed it with the DC heads. “This quote is a little out-of-context (it’s missing the sentence before). What I said was I talked to the heads of Marvel & DC about a Marvel-DC crossover film, not a Harley & Groot film. I maybe mentioned Harley-Groot to Kevin Feige in passing, but I never mentioned it to DC,” Gunn wrote.

Must Read: Dwayne Johnson aka The Rock Makes A Sad Revelation For All WWE Fans Dying For His Return

UP: Classes for undergraduate in universities to begin from…