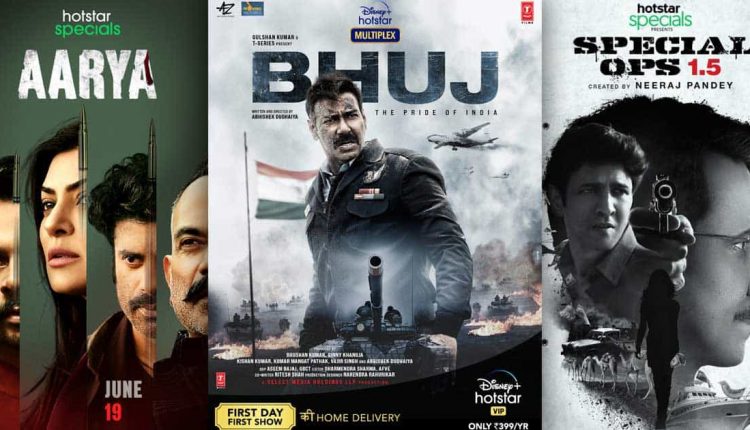 Ajay, who makes his digital debut with the crime-drama series “Rudra – The Edge of Darkness” said, “Today, the quality of entertainment being delivered via digital platforms is remarkable and has opened up avenues for filmmakers to experiment and scale-up. The sheer scale of production of these projects has multiplied significantly in the last few years.”

Opening up about his upcoming series, he says it is bigger than anything he has done before.

Actor Shefali Shah, who will be seen in the medical drama “Human”, said: “I choose stories that leave something back for me and for the viewers. Characters that leave an impact or touch their hearts or disturb their comfort zone. As much as mine.

“‘Human’ is all of it and more. It’s about the underbelly of the medical world. Raw, real, gritty. I am thrilled to be part of this journey, not only because this is a new genre for me, but I’m playing a character I’ve never ever played before.”

Actor Pratik Gandhi on his first-ever murder mystery Six Suspects said: “Whether it’s lean-back content or complex storylines, digital platforms have explored multiple formats to relay stories in exciting new ways. As an actor, this has allowed me to expand my horizons and work on stories and roles that challenge and teach me.

He added: “Tigmanshu Dhulia has created some of my favourite movies. It is an absolute honour to work with a stalwart like him on Six Suspects.”

In the all-access to content, viewers will be able to enjoy an extensive collection of Disney, Pixar, Marvel, Star Wars and National Geographic.

“The content slate demonstrates our relentless pursuit of bringing original and locally relevant stories to our consumers. With our fresh slate of movies and shows, we are proud that India’s top stars and industry stalwarts have chosen to debut with us to present stories that are genre-defining clubbed with high-quality production that makes Har Watch, Top-Notch,” said Sunil Rayan, President & Head, Disney+ Hotstar.