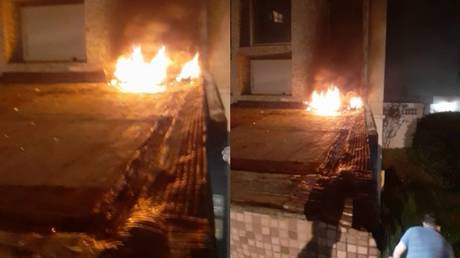 The Cuban Embassy in Paris was firebombed early Tuesday morning. The socialist country’s foreign minister accused the US of encouraging violence against Havana.

Two assailants hurled three Molotov cocktails at the diplomatic compound, causing some damage to the building, the Cuban mission said in a statement on its website. The diplomats were not injured.

Cuban Foreign Minister Bruno Rodriguez denounced the “terrorist attack” and blamed Washington. “I hold the US government responsible for its continued campaigns against our country that encourage this behavior and for its calls for violence, with impunity, from its territory,” he tweeted.

‘Beginning’ of the end? Biden warns Cuba of looming torrent of sanctions

When Poonam Pandey Broke Her Silence On Staying Away From Controversies: “Not Sati Savitri, Mujhe Suit Nahi Karta”

App that pays you for exercise