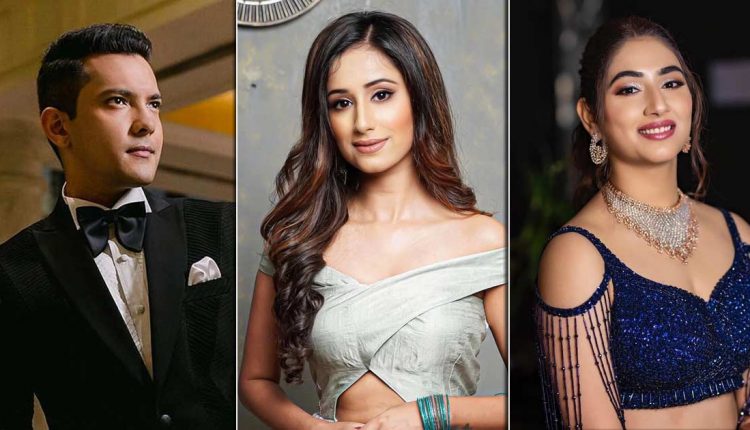 Bigg Boss 15 is enjoying a massive pre-release buzz. The makers have found a perfect mix and match amid the growing love for OTT platforms. The show will initially begin on the digital platform for a period of 6 weeks, which will be hosted by Karan Johar. Eventually, it’ll shift to TV and Salman Khan will return as the host. The latest probable contestants making noise are Adhyayan Suman’s ex-girlfriend Maera Mishra, Aditya Narayan and Disha Parmar. Read on for details.

Previously, we learned about how ‘janta’ will be given ultimate power during the OTT period. They will have the decision-making power as far as the tasks, nomination and elimination are concerned. It was being said that the commoners will be seen on KJo hosted period and the finalists will be going to Bigg Boss 15 house.

As per the latest reports doing the rounds, Splitsvilla fame Maera Mishra will be seen on Bigg Boss OTT. She recently made a lot of headlines over her ugly breakup with actor Adhyayan Suman. Controversies are what BB attracts, so the actress will be a perfect fit. She was reportedly set to shoot for Sasural Simar Ka 2 but her track got delayed, so the actress decided to try her hands on Karan Johar hosted show.

On the other hand, Aditya Narayan has set the records straight and clarified that he isn’t entering Bigg Boss 15 house. He shared on her Instagram stories, “Contrary to speculation, I am not going to be a contestant on the upcoming season of #BigBoss or any season for that matter. Always happy to guest feature. Would even love to host it someday. But I have neither the time nor the inclination to participate. Best wishes to @colorstv @endemolshineind & the entire team for putting up a great show every year & I am sure this year will also be just as great.”

Rahul Vaidya’s girlfriend Disha Parmar too broke her silence on entering Bigg Boss 15. She said that she has been approached multiple times before but does not have any interest to be a part.

Must Read: CarryMinati On Joining Bigg Boss: “I Would Rather Accept 400 Years Of Slavery” [Throwback]

On ARY News attack, US says critical opinion should be…