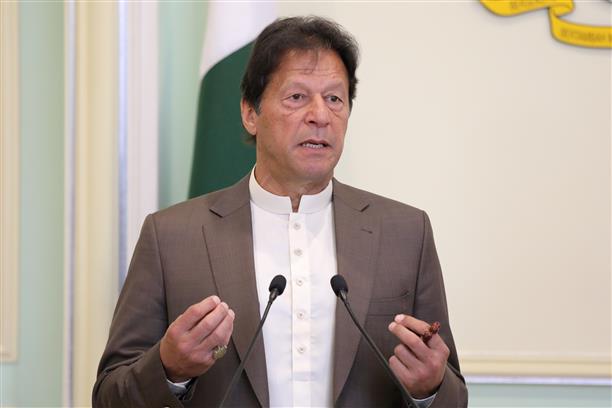 Departing from Pakistan’s declared policy on Kashmir, Prime Minister Imran Khan on Friday said that Islamabad would let the people of Kashmir decide if they want to join Pakistan or become an “independent state”.

India has asserted that Jammu and Kashmir “was, is and shall forever” remain an integral part of India.

Addressing an election rally in Tarar Khal area of Pakistan-occupied Kashmir (PoK) ahead of the polls on July 25, Khan also rejected claims by a leading Opposition leader that his government was working on a plan to make Kashmir a province of Pakistan.

The response came after Pakistan Muslim League-Nawaz (PML-N) leader Maryam Nawaz addressing an election gathering in PoK on July 18 said that a decision had been taken to change the status of Kashmir and make it a province.

“I do not know where all this talk (about province) has sprung from,” Khan said, while dismissing any such idea.

Instead, the prime minister said that a day would come when Kashmiris would be allowed to decide their future as per the UN resolutions and expressed the confidence that the people of Kashmir on that day would decide to join Pakistan.

He added that following the UN mandated referendum, “his government will hold another referendum to give the people of Kashmir a choice to either live with Pakistan or become an independent state.” As per Pakistan’s declared policy on Kashmir, the issue should be resolved as per the UN resolution through a referendum allowing Kashmiris to choose either Pakistan or India.

Prime Minister Khan departed from the policy by talking about the third option. There is no third option of independence in the UN resolution.

India has previously made it clear that the Union Territory of Jammu and Kashmir is an integral and inalienable part of India. New Delhi has also told Islamabad that issues related to Jammu and Kashmir are its internal matter and the country is capable of solving its own problems.

Friday was the last day of campaigning for elections in PoK on July 25.

Responding to PML-N’s allegations of election rigging, Khan questioned how his party, Pakistan Tehreek-e-Insaf (PTI) could rig the upcoming polls when the PML-N was still in power in PoK and even the election commission officials were appointed during the PML-N’s government.

Khan said his party had been asking the Opposition for a year to come to discuss electronic voting machines.

“This technology helps you get the results of polls in no time and there will not be any need for manual counting of votes and moving of the polling bags from one place to another, which is a tiring exercise,” he said.

“But the Opposition is not willing to listen to us,” he rued. PTI

Search on for next Buddhist sect leader