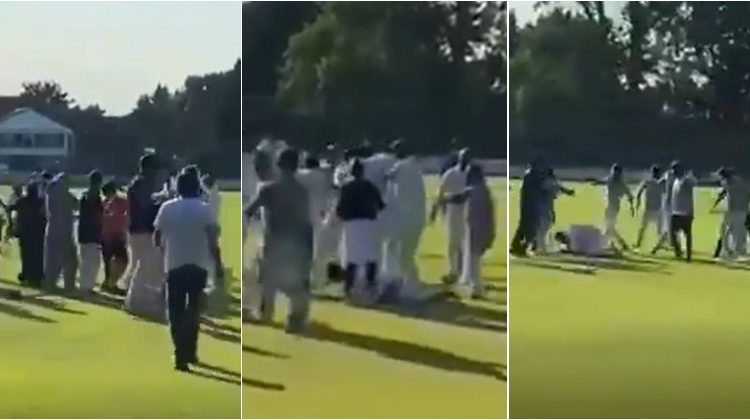 Cricket is a gentleman’s game — this is the most common definition we all hear many experts and fans use while describing the sport to someone who is new to it. In present-day and age, this definition holds no relevance as cricket is no more a ‘gentleman’s game’.

There have been numerous instances when players’ on-field behaviour has made us wonder if we can continue to use this popular definition or not.

Not just during international matches, this has been the case at almost all levels — be it local club cricket or local gully cricket, players losing their temper has become a common occurrence.

Something similar happened during a charity match that was a part of a tournament organised at Mote Park Cricket Club in Maidstone to raise funds for those in need of medical treatment in Pakistan.

The irony was that the shocking incident happened at an event that was meant to raise funds for the medical treatment of people in Pakistan.

The players who came together for a wonderful cause made a mockery of human lives by attacking each other with bats and stumps.

Disgraceful scenes during a charity match which had to be abandoned after a fight between the two teams. The violence erupted at the end of a game at Mote Park Cricket Club in Maidstone during a tournament raising money for those in need of medical treatment in Pakistan pic.twitter.com/uGOYPuc3z2

The match was apparently played between Pakistani and Afghan nationals and tempers ran through the roof and players showed no regard for each other and the match had to be abandoned after the violent conduct of the players.

Sharing the video of the shocking incident on the micro-blogging site, a Pakistani journalist tweeted: “Disgraceful scenes during a charity match which had to be abandoned after a fight between the two teams. The violence erupted at the end of a game at Mote Park Cricket Club in Maidstone during a tournament raising money for those in need of medical treatment in Pakistan”.

First raise money for Medical Treatment of these Players

Money raised will now be used for their own medical treatment

At least they already have the money for the hospital bills

Watching the clash get intense, several women, perhaps the family members who had come to watch the match, rushed to the ground but even they couldn’t stop the fight.

The incident left several players injured but that didn’t stop people on social media from laughing at their expense.

Pointing out the irony, some joked they had come to raise money for medical treatment but who knew they would have to spend it on their own treatments, while others said the only good thing to come out of this was that they wouldn’t be having any shortage of funds.

& in the end it was women who had to jump in to stop these morons from killing eachother, i hope they had raised enough money bcz they would be needing it now for themselves 🤦🏻‍♂️