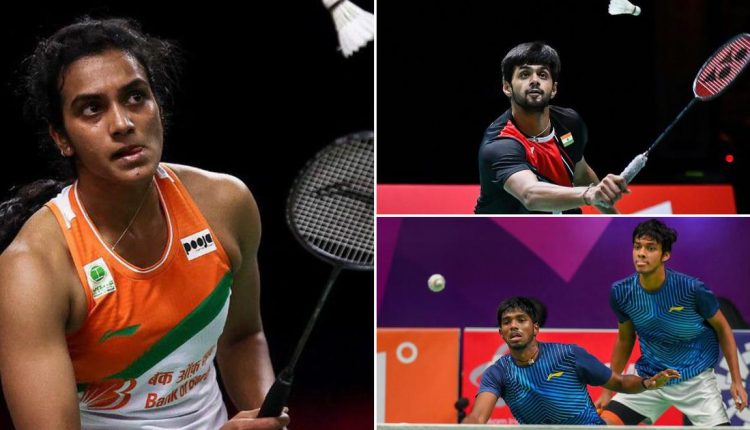 A quartet of Indian shuttlers, led by the reigning world champion and Rio 2016 silver medallist PV Sindhu, is aiming to continue the trend of returning with an Olympic medal after achieving success in the last two editions of the Games.

The stunning run in Rio that made her the toast of the nation ended with a thrilling loss in the final, and Sindhu will be keen to lay her hands on the gold this time around.

In men’s singles, B Sai Praneeth will hope to make a dream Olympic debut. The Indian, who had won the 2017 Singapore Open before claiming the World Championship bronze in 2019, has been hampered by fitness issues in his career. But he has worked on them in the last few months.

In men’s doubles, Chirag Shetty and Satwiksairaj Rankireddy will carry India’s hopes of a first-ever medal in the category but the task will be a tough one, considering that they have been handed a difficult draw.

Here is a look at the shuttlers, who would be either looking to better the colour of the medal or create a breakthrough in their respective categories in the competition,…

Looks like Arsenal will be proper challenger again: Jurgen…