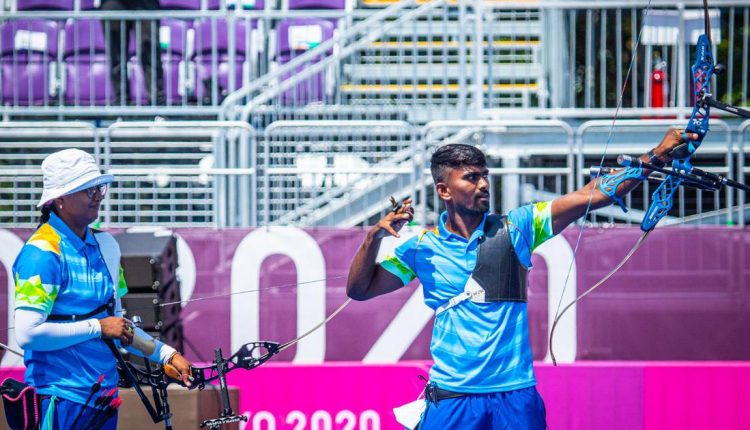 India bounced back to start the mixed team their archery campaign at the Tokyo Olympics on Saturday with a win as the discipline made its debut at the Games on Saturday.

The duo of world No 1 Deepika Kumari and Olympic debutant Pravin Jadhav came from behind to knock out Chinese Taipei and book a quarter-final berth.

Trailing after they lost the first set by one point and drew the second, Team India needed to win the third set. The duo, who were shooting together at international level for the first time, showed perfect coordination to seal the issue 5-3 in style.

Later in the day, the Indian duo will face the winners of top seed Korea and Bangladesh in the mixed pair section.

On Friday, Jadhav was chosen to partner Kumari ahead of her husband and more experienced Atanu Das based on form shown in Friday’s ranking round.

Kumari means business and the Indian mixed team is into the quarterfinals at the @Tokyo2020 @Olympics.#ArcheryatTokyo #archery pic.twitter.com/jQR10q4eSv